The Indian artificial intelligence market is expected to touch $7.8 billion by 2025, growing at a compound annual growth rate of 20.2%, according to research firm IDC. The growth is expected to be seen across AI-centric and AI non-centric applications over the next five years, according to the September 2021 study titled "India Artificial Intelligence Market, 2021". AI applications will form the biggest share of revenues, accounting for 52% in 2020. The current AI software market is estimated to be worth about $2.8 billion in the same time period. Not surprisingly, a majority of respondents said that the cloud was the preferred location for deploying AI and machine learning based solutions.

Can India's AI Talent Gap Be Stemmed With Government Initiatives?

How India's public policy can take maximum advantage of AI

Defined as "the science and engineering of making intelligent machines, especially intelligent computer programmes" by the late John McCarthy--one of the founding fathers of the discipline--Artificial Intelligence, or AI, has subtly made inroads into the daily lives of Indian citizens in the form of app-based cab aggregators and digital assistants on smartphones. However, public policy in India has not been able to take much advantage of AI applications, suggests a report published jointly by the Associated Chambers of Commerce and Industry of India (Assocham) and consulting firm PwC. The report titled Artificial Intelligence and Robotics–2017 believes that national initiatives like Make in India, Skill India and Digital India could immensely benefit from AI technologies. Alternatively, early public sector interest in AI could trigger a spurt of activity in the AI field in India. AI, for instance, can be applied to Prime Minister Narendra Modi's initiatives such as the Digital India initiative, Skill India and Make in India; in large-scale public endeavours ranging from crop insurance schemes, tax fraud detection, and detecting subsidy leakage, and to helping hone the country's defence strategy.

India's AI Applications in Healthcare - Geography and You 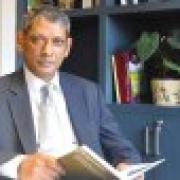 AI comes with a promise of overcoming a majority of healthcare barriers that beleaguer India. This feature explores few AI applications that are currently in use in India and outlines challenges that need to be overcome in the coming decade. This site uses Akismet to reduce spam. Learn how your comment data is processed.

… and the application of artificial intelligence and machine learning tools at the Indo-US "Space Radiation Workshop: Radiation Characterisation …