SAN FRANCISCO – Apple Inc. has packed its new-model, top of the line iPhone with augmented reality (AR) features, betting the nascent technology will persuade consumers to pay premium prices for its products even as cheaper alternatives abound. The iPhone X -- Apple's most expensive phone ever, priced at $1,000 (¥110,000) -- was one of three new models Chief Executive Officer Tim Cook showed off Tuesday during an event at the company's new $5 billion headquarters in Cupertino, California. It also rolled out an updated Apple Watch with a cellular connection, and an Apple TV set-top box that supports higher-definition video. The event marked the 10th anniversary of the original iPhone, and started by remembering the late co-founder Steve Jobs. The product announcements were greeted with enthusiasm but little surprise by analysts, investors and fans of the company's products.

Google to take on Amazon with $49 mini smart speaker

Google is set to unveil a new mini smart speaker alongside its new Pixel handsets on October 4th, it is believed. According to Droid Life, the new Google Mini Home speaker, which will take on Amazon's tiny Echo Dot, will cost just $49 when it goes on sale - making the two the same price. It will use the same Google Assistant software as the larger Google home speaker, and be available in Chalk, Charcoal, and Coral colors. The Google Mini Home is expected to be unveiled on October 4th, and go on sale soon after. 'The Google Home Mini will be powered rather than wireless, at least according to the images here,' Droid Life said.

After Google confirmed that a Pixel successor is hitting the market this year, the device is now expected to be one of the major competitors of Apple's upcoming 10th anniversary iPhone, which is speculated to debut with the "iPhone 8" moniker. The iPhone 7 was not so much of an upgrade compared to its predecessor, so Apple is poised to change that with the next iPhone. On the other hand, Google's Pixel 2 could raise the bar for Android smartphones coming out this 2017. Given that both handsets are likely to emerge successful upon their respective launch, it's just fitting for us to look into them and see if one can one-up the other based on their rumored specs and features. Apple's iPhone 7 impressed a lot of people when it launched with the Apple A10 Fusion chip, which is basically a quad-core ARM processor composed of two high-performance Hurricane cores and two high-efficiency Zephyr cores. 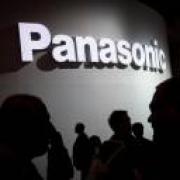 Apple Inc. is not only doubling down on the iPhone X, it's tripling down. The world's most valuable company plans to soon launch three new phones that keep the edge-to-edge screen design of last year's flagship, according to sources. The devices will boast a wider range of prices, features and sizes to increase their appeal, said the people, who asked not to be identified discussing unannounced products. However, none of the three iPhones will be wholly new designs like the iPhone X last year or the iPhone 6 in 2014, with some inside Apple labeling the launch as an "S year," a designation the company has given to new handsets that retain the previous design but add new internal features. The company is planning more significant changes for next year, they added.