A mind of its own: Russia unveils terrifying new AI 'superweapon'

The race to incorporate artificial intelligence in modern weapons threatens to outstrip the technology's capabilities -- and the world's ability to control them. The Commander-in-Chief of Russia's air force, Viktor Bondarev, has told a gathering at the MAKS-2017 international airshow his aircraft would soon be getting cruise missiles with artificial intelligence capable of analysing their environment and opponents and make "decisions" about altitude, speed, course -- and targets. "Work in this area is under way," Russian news agency TASS reports Tactical Missiles Corporation CEO Boris Obnosov as adding. "As of today, certain successes are available, but we'll still have to work for several years to achieve specific results." While neither indicated which missiles were slated to get such enhanced artificial intelligence, there are two apparent contenders among the "super weapons" President Vladimir Putin bragged about last year: the "Avangard" hypersonic glide vehicle and the "Burevestnik" nuclear-powered cruise missile.

Russia has started to test its 'Robocop' exo-skeleton armour

The Russian Ministry of Defence has been keen to promote a range of new super weapons currently believed to be in development. President Putin unveiled a catalogue of doomsday weaponry as part of his annual'State of the Nation' speech in March 2018. However, questions remain about the true nature of their capabilities, how far into development the weapons truly are, and when they will be combat-ready. The RS-28 Sarmat is intended to replace the Soviet-designed SS-18 Voyevoda, the world's heaviest ICBM (Intercontinental Ballistic Missile). It is known as'Satan' in the West and carries 10 nuclear warheads. 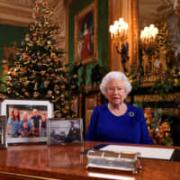 MOSCOW – President Vladimir Putin said Tuesday that Russia has got a strong edge in designing new weapons and that it has become the only country in the world to deploy hypersonic weapons. Speaking at a meeting with top military brass, Putin said that for the first time in history Russia is now leading the world in developing an entire new class of weapons unlike in the past when it was catching up with the United States. The Russian leader noted that during Cold War times, the Soviet Union was behind the United States in designing the atomic bomb and building strategic bombers and intercontinental ballistic missiles. "Now we have a situation that is unique in modern history when they are trying to catch up to us," he said. "Not a single country has hypersonic weapons, let alone hypersonic weapons of intercontinental range."

Russia's boasts around its new arsenal of nuclear super weapons may have been greatly exaggerated, according to industry experts. A number of experts have come forward to debunk some of the myths put forward by the former Soviet Union in response to its recent posturing. Neil Gibson, senior weapons analyst for the firm Jane's by IHS Markit, told MailOnline that certain claims around its weaponry were'highly exaggerated'. Meanwhile, nuclear expert at the Middlebury Institute of International Studies at Monterey, Jeffrey Lewis said Russia's most recent claims around its hypersonic Kinzhal missile are'bats*** crazy'. It comes as footage revealed the Russian Ministry of Defence faked a cruise missile attack from a nuclear submarine.

China has successfully tested a hypersonic aircraft capable of carrying nuclear weapons that evade existing anti-missile defence systems, according reports. The next-generation weapon, known as Xingkong-2 or Starry Sky-2, will ride the shockwave generated by the initial launch, which is handled by a rocket, to travel at six times the speed of sound, or Mach 6 – around 4,563mph (7,344kmph). Starry Sky-2 will purportedly be able to switch direction during its flight, making it harder to track and intercept. When the aircraft fires its missiles, these will also travel at top speeds of 4,563mph (7,344kmph) and will easily defeat conventional anti-missile defence systems. Scientists involved in the latest test flight have heralded it as a'huge success', with experts saying the aircraft signals China is now neck-and-neck with Russia and the United States in the race to create hypersonic warheads.