'Drink-driver' clocked at 132mph near Bedford

A suspected drink-driver was clocked speeding at an "unbelievable" 132mph (212km/h), police have said. The Ford Focus driver was stopped on a section of the A421 near Bedford at about 21:10 BST on Thursday. Police posted an image of the speed gun display on Twitter after the man was arrested. Officers said it was a "miracle" the motorist, who was found to be over the legal alcohol limit, "didn't kill himself or someone else". The post drew a number of responses from shocked members of the public.

The Transportation Security Administration has been using social media to answer travelers' questions about what they can bring on commercial planes. Questions like, "Are meatballs allowed in carry-on bags?"

A New York City bus caught fire in midtown Manhattan Thursday not far from Grand Central Terminal as the morning rush got under way, witnesses said, with at least one describing it as an "explosion." Photos and video from the scene showed flames and smoke erupting from one side of the bus, with the windows blown out. Windows blown out on both sides. The fire broke out around 6:40 a.m. ET and crews extinguished it after about an hour, The New York Post reported. 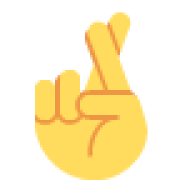 Numerous times the wipers go hyper fast with a drizzle or when first turned on or I've had to click them to wipe faster in heavier rain. This is great, my 2013 Audi A4 had amazing rain sensing wipers and I've wished my 3's would be that good, let's hope this fixes it.