As far as 5G smartphone chipsets go, Qualcomm's Snapdragon 865 might be the best known, but there's one issue: It's as expensive as it is powerful. The company's new Snapdragon 690 chipset is a little different -- instead of powering new flashy new flagships, it's going into much more reasonably priced phones. The next 5G-capable step down from there, the Snapdragon 765, can usually be found in devices that cost between $500 and $700. Meanwhile, phones with the relatively new, LTE-only Snapdragon 675 typically sell between $300 and $400. Although Qualcomm doesn't produce its own phones and can't confirm what the typical Snapdragon 690 phone will cost, it seems clear that the age of the cheap 5G phone is nearly here.

Your next smartphone could get 1Gbps download speeds: Qualcomm 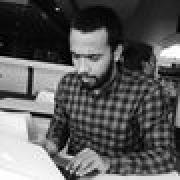 Though telecom operators are yet to even start setting up their 5G networks, chipmaker Qualcomm today outlined how it plans to make upcoming smartphones and other gears future proof. Sadly, it won't be until 2018 that we will be able to make any use of this. The company today also announced refreshed processors for entry-level and mid-range smartphones. At its 4G/5G Summit in Hong Kong today, Qualcomm announced the Snapdragon X50, the world's first 5G modem which is capable of supporting download speeds up to 5Gbps. The chipmaker said it will begin shipping samples of this modem to smartphone and other gadget manufacturers next year.

Qualcomm launched its second-generation Snapdragon 7c processor, which aims to add integrated LTE, extended battery life and camera and audio upgrades to entry-level Windows PCs and Chromebooks. In addition, Qualcomm said it is launching the Snapdragon Developer Kit for Windows 10 PCs, which will give developers the ability to optimize applications on its platform. With the Snapdragon 7c, Qualcomm is hoping to enable more premium features and multi-day battery life to PCs in the $300-range. Miguel Nunes, senior director of product management at Qualcomm, said the company's plan is to extend its PC reach from entry level experiences up. Qualcomm first launched its PC processor plans in late 2019.

This summer, Qualcomm announced a new 5G-capable Snapdragon 690 chipset. Bringing 5G to 6-series phones means cheaper devices have access to the tech. Today, it announced plans to bring 5G to its Snapdragon 4-series in early 2021. The move will bring 5G to even more affordable phones. Details are still sparse, but Xiaomi founder and CEO Lei Jun said the company plans to be one of the first OEMs to introduce a smartphone powered by Snapdragon's 4-series 5G mobile platform.