At least four people have died in India's eastern state of West Bengal after communal clashes broke out during a Hindu religious festival in which thousands of people took to the streets, some carrying swords and sticks, to mark the birth of the Hindu god, Rama. Authorities banned gatherings of more than four people in parts of West Bengal and blocked access to the internet in the towns of Asansol and Raniganj to quell the violence, in which dozens of homes, businesses besides a mosque were attacked. One person was killed in the town of Purulia when the Ram Namavi processions began on Sunday, while a second died after being shot at on Monday during clashes in the town of Kankinara near the state capital, Kolkata, according to officials. A third man was killed in Raniganj on Tuesday, and a 16-year-old boy was reported missing in Asansol on the same day. His body was found the next day.

India's mega Kumbh festival gets a BJP boost ahead of election

New Delhi, India - Over a hundred million people will be taking a holy dip at the confluence of two rivers in northern India's Prayagraj city as the eight-week long Kumbh festival began on Tuesday. The Kumbh, billed as the world's biggest gathering of humanity, is a mass pilgrimage in which Hindus gather in specific locations along the holy rivers Ganges, Yamuna and the mythical river Saraswati for a holy dip that they believe will cleanse their sins and bring salvation. The religious event in the Uttar Pradesh state, which will continue till March 4, is being organised by the right-wing governments at both the federal and state levels in an election year. Astrology determines most aspects of the UNESCO-listed festival, including its exact date and length. Where the festival will be held depends on the position of Jupiter, the sun and earth.

'Anti-Muslim bigotry has been normalised under Modi'

New Delhi, India - India is home to roughly 172 million Muslims - the third-largest Muslim population in the world. Since 2014, when Prime Minister Narendra Modi came to power, tensions between Muslims and Hindus have increased in large parts of the country. Muslims, who make up about 170 million of India's 1.3 billion population, have faced attacks after being accused of eating beef or killing cows, an animal considered sacred in Hinduism. Modi's rise has further pushed Muslims towards marginalisation, leading many to suggest the community should withdraw from politics. The political situation in the country and increased anti-Muslim prejudice forced Neyaz Farooquee, a young Muslim scholar and journalist, to write his first book, An Ordinary Man's Guide to Radicalism: Growing up Muslim in India. 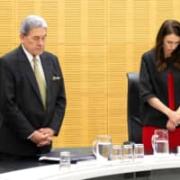 NEW DELHI – Protests over a new citizenship law based on religion spread to student campuses across India on Monday as critics said Prime Minister Narendra Modi's government was pushing a partisan agenda in conflict with India's founding as a secular republic. Anger with Modi's Hindu nationalist government was further fueled by allegations of police brutality at Jamia Millia Islamia university on Sunday, when officers entered the campus in New Delhi and fired tear gas to break up a protest. At least 100 people were injured in the clashes there. There were similar scenes at the Aligarh Muslim University in the northern state of Uttar Pradesh, where police also clashed with protesters on the campus. Hundreds of activists gathered outside the New Delhi police headquarters on Sunday night to protest against alleged police brutality and the detention of students.

Nankana Sahib, Pakistan - If Balwant Singh, a 73-year-old retired teacher from India, had the option seven decades ago, he never would have left Pakistan. When British India was partitioned in 1947 to create two new nations - India and Pakistan, Singh fled with his family from their ancestral home in the Punjab state that became part of Pakistan. Now, Singh's only way to visit the birthplace of Sikhism's founder, Guru Nanak, is on a religious pilgrimage arranged by the Pakistani government. Singh, however, is effusive in his praise for the Pakistani government's upkeep and maintenance of some of Sikhism's holiest sites. He, along with more than 2,600 other Indian yatris (pilgrims) arrived in Pakistan last week for festivities surrounding the birth of Guru Nanak, the founder and first guru of Sikhism, who was born in Rai-Bhoi-di Talwandi (now known as Nankana Sahib) in modern-day Pakistan.