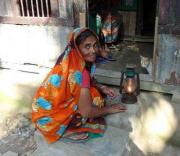 The hidden toll that subsidies for electricity, fossil fuels, and transport have on social welfare, economic growth and technological innovation needs to be exposed through better research says a new paper in Ecological Economics by Benjamin K Sovacool. Energy subsidies, which have mostly supported fossil fuels and nuclear power over the previous half century, have historically kept energy prices artificially low, compared to market rates. But they come at a high cost to governments and taxpayers. The Indian government, for example, spends as much as it does on fuel subsidies for kerosene and liquid propane, used to light rural houses, as it does on education. India subsidises fossil energy consumption by $21 billion every year, which works out at $16 per person.

Further evidence that Britain leads the EU in giving subsidies to fossil fuels (Report, 24 January) highlights yet again the urgency of rebalancing UK energy subsidies. Back in 2013-14 the environmental audit select committee found that "energy subsidies in the UK are running at about £12bn a year, much directed at fossil fuels". It concluded that "the absence of any internationally agreed definition of what constitutes energy subsidy has provided a way for the government to reject – erroneously in our view – the proposition in some areas that it provides energy subsidies". Our subsequent recommendations set out a clear way forward for much needed transparency and a public debate on the rationale and justifications for energy subsidies in the UK. Five years on, instead of continuing to deny fossil fuel subsidy, the government could usefully revisit our measured report and recognise that the majority of subsidies are off-budget – externalities that do not appear in national accounts as government expenditure. 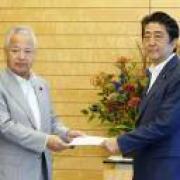 The Reconstruction Agency hopes to keep its subsidy program aimed at luring more tourists to disaster-hit Tohoku in place next year, informed sources said. The agency aims to include some ¥3.3 billion in funds for the program in its budget request for fiscal 2019 starting next April, about the same amount budgeted in the previous year, the sources said. When the agency set up the subsidy program in fiscal 2016, it said it would review the worth of the program after three years. The subsidies are designed to support municipalities in the region that are trying to beef up tourism in the wake of the March 2011 earthquake and tsunami. In principle, the agency funds up to 80 percent of the cost of such projects undertaken jointly by multiple municipalities.

A federal appeals court has reversed the FCC's attempt to cut broadband subsidies in tribal lands, citing both a lack of supporting evidence as well as a lack of considerations when making the decision. The regulator didn't show how pulling the $25 Lifeline discount would lead to carriers filling the void like it claimed, according to the ruling. It also didn't acknowledge that resellers were leaving the program, and didn't factor in the potential loss of access to internet service or the wireless rollout data related to the services they use. The FCC also didn't follow basic procedures, the court added. Officials didn't provide an "adequate opportunity for comment," giving people roughly a two-week notice through a draft order.

The FCC has hit a snag in its plan to curb broadband subsidies for low-income homes. A DC appeals court has issued a stay order temporary blocking the regulator from limiting the $25 monthly Lifeline subsidy in tribal lands, arguing that native groups and small carriers are likely to win their case opposing the cuts. The court agreed with plaintiffs that the FCC's move would likely lead to a "major reduction, or outright elimination" of vital communication for many tribal residents, and "substantial, unrecoverable losses" for providers that might lead to them going out of business. The judges behind the ruling also rejected the FCC's claim that cutting the subsidies would spur carriers to build their own networks in tribal areas. The Commission didn't show historical evidence that reduced subsidies would lead to more telecom investment, according to the court.