Mills Oakley and Collective Campus are offering an end-to-end innovation program for new law entrepreneurs and startups, culminating in a 13-week Accelerator that will equip you with the funding, knowledge, tools and support to give your idea the best chance of success. 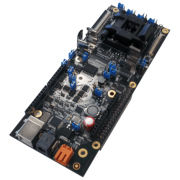 When I released the Speech Commands dataset and code last year, I was hoping they would give a boost to teams building low-energy-usage hardware by providing a realistic application benchmark. It's been great to see Vikas Chandra of ARM using them to build keyword spotting examples for Cortex M-series chips, and now a hardware startup I've been following, Green Waves, have just announced a new device and shared some numbers using the dataset as a benchmark. They're showing power usage numbers of just a few milliwatts for an always-on keyword spotter, which is starting to approach the coin-battery-for-a-year target I think will open up a whole new world of uses. I'm not just excited about this for speech recognition's sake, but because the same hardware can also accelerate vision, and other advanced sensor processing, turning noisy signals into something actionable. I'm also fascinated by the idea that we might be able to build tiny robots with the intelligence of insects if we can get the energy usage and mass small enough, or even send smart nano-probes to nearby stars!

No need to build models from the ground up. Tensorflow Lite models can be compiled to run on USB Accelerator. 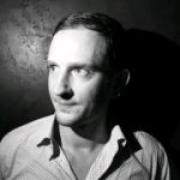 For its second year, the Techstars Paris Accelerator is looking for startups that can leverage the use of data in the real world. The program focuses on the data-driven transformation of entire industries, including AI & machine learning, blockchain & token-based economies, customer experience, customer & asset management, cybersecurity & intelligent objects. Techstars Paris Accelerator is looking for entrepreneurs from all over the world, ready to accelerate their companies in Paris' thriving startup ecosystem. The three month program will take place in our space at the Partech Shaker from September 10 to December 5, 2018. In 2017, six out of 10 companies selected for Techstars Paris came from outside of France; in 2018 we're very happy that Techstars Paris Accelerator has been selected to be part of the French Tech Visa program.