Scientists in China have reportedly developed an artificial intelligence program able to file criminal charges. The artificial intelligence "prosecutor" is given a verbal definition of a case and then decides whether or not to file charges, per BizPacReview. "The system can replace prosecutors in the decision-making process to a certain extent," Shi Yong, director of the Chinese Academy of Sciences' big data and knowledge management laboratory, said. The "prosecutor" can currently identify eight different crimes including credit card fraud, gambling-related offenses, reckless driving and theft, and researchers hope the program will be able to identify more in the future. The program is designed to update existing artificial intelligence technologies used by Chinese prosecutors as these older programs "do not participate in the decision-making process of filing charges and [suggesting] sentences," Yong said.

China creates AI prosecutor that can charge citizens with crimes

China's love for artificial intelligence (AI) and machine learning has now resulted in a smart prosecutor bot that can press charges on criminal behavior with up to 97-percent accuracy. The AI prosecutor was developed by a team from the Chinese Academy of Sciences' big data and knowledge management lab headed by Professor Shi Yong – who claims that the machine can determine a crime and file a charge solely based on a verbal description of what happened. The AI program currently runs on a desktop computer, and was developed to its current state after the team trained it between 2015 and 2020 using over 17,000 different criminal cases. Currently, the bot can charge suspects using 1,000 different "traits" derived from human-described case documentations, and can be used to charge some of Shanghai's most common felonies – including fraud, credit card fraud, theft, intentional harm, dangerous driving, obstructions of justice, running illegal gambling operations, and provoking trouble. While this sounds pretty revolutionary overall, it isn't the first time China has used AI in its justice system. 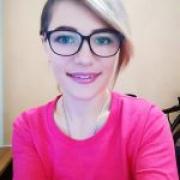 The Shanghai People's Court in the PRC said it had developed an artificially intelligent prosecutor who accuses a person with 97 percent accuracy based on an oral description of a court case. The digital prosecutor is supposed to help reduce the burden on living prosecutors, and in some cases even replace charges at trial. Among the cases that can be considered by the "digital prosecutor": At the same time, for the use of digital the prosecutor does not require separate capacities, even an ordinary desktop computer is enough. Skeptics believe that the artificial intelligence of the prosecutor can be rare cases more harmful than useful, since he can be wrong in difficult cases. In addition, given the rapidly changing social environment, the information embedded in it is likely to quickly become outdated.

The Kofu District Public Prosecutor's Office indicted the suspect, Yuki Endo, the same day in a murder and arson case that occurred in October in the city of Kofu in Yamanashi Prefecture. The prosecutors revealed the suspect's name in accordance with the revised juvenile law, which recognizes 18- and 19-year-old suspects as designated minors and enables media reports on them under their real names. Endo, who admitted during investigations to killing a couple in the case, will stand trial under the lay judge system, as in cases involving those age 20 or older. According to the indictment, Endo entered the house of the couple in the early hours of Oct. 12, 2021, and stabbed the two with a knife. He also attacked their younger daughters and burned the house down.

I am regularly asked to summarize my many posts. I thought it would be a good idea to publish on this blog, every Monday, some of the most relevant articles that I have already shared with you on my social networks. Today I will share some of the most relevant articles about Artificial Intelligence and in what form you can find it in today's life. I will also comment on the articles. Forget about the danger of robots creating a sci-fi-style dystopia.