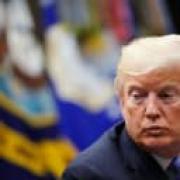 LOS ANGELES – Japanese carmaker Honda has joined forces with the General Motors tech start-up Cruise to develop autonomous vehicles as the race to market self-driving cars heats up, the companies announced Wednesday. Honda's investment promises broader market access for the new cars once they are ready for the public. The Japanese government hopes to showcase self-driving cars when Tokyo hosts the Summer Olympics in 2020. With a $2.75 billion commitment in equity and shared development costs over 12 years, Honda joins Japanese conglomerate SoftBank in backing the GM venture to create a multi-purpose vehicle that can be manufactured in high volume for use worldwide, the U.S. auto giant said. Major automakers, start-ups and tech firms are racing to develop truly autonomous vehicles, which the industries see as the next frontier in personal mobility.

A link has been posted to your Facebook feed. GM Cruise, the automaker's self-driving subsidiary, is developing an electric self-driving taxi based on the Chevrolet Bolt EV. It expects to launch its service at scale in 2019. DETROIT -- General Motors is partnering with Honda to speed up the deployment of self-driving cars to major cities in 2019. Honda will contribute about $2 billion over 12 years to the partnership and will finance a $750 million equity investment in Cruise, GM's self-driving car company.

Volkswagen AG and Ford Motor Co. are in "exploratory talks" to jointly develop self-driving and electric vehicles in a far-reaching strategic alliance meant to save the companies billions of dollars, according to a person familiar with the matter. The German and U.S. automakers are expected to provide an update on the progress of the talks before year end, said the person, who asked not to be identified. Spokesmen for both automakers would only reiterate what they have said before about the companies collaborating on the development of commercial vehicles. "Our (memorandum of understanding) with VW covers conversations about potential collaborations across a number of areas. It is premature to share additional details at this time," Ford spokesman Alan Hall said.

Honda will work with GM Cruise LLC to develop a purpose-built driverless car from the ground up that can be manufactured in high volumes and deployed globally. The companies are also exploring opportunities to establish a network of autonomous vehicles. "This is a partnership that has a running start to it and will allow us to move very quickly," said Dan Ammann, GM's President. Honda will invest the $750 million immediately into GM Cruise, while the $2 billion will be spread out over 12 years, the companies said Wednesday. Honda will take a 5.7% stake in Cruise as a result. 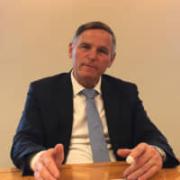 DETROIT/PARIS - French automaker Renault SA, its partner Nissan Motor Co. and tech giant Alphabet Inc.'s Waymo have agreed to assess the feasibility of a partnership to develop and use self-driving vehicles to transport people and goods in France and Japan, the companies said on Thursday. The potential venture could also be expanded to other markets, the companies said. If the partnership is realized, it will have ramifications for other alliances and other self-driving projects, most of which have yet to hit the road. Automakers across the world are rethinking independent autonomous vehicle efforts, and are instead looking for partners to share rising investment costs and regulatory risks. A potential competitor to a Renault-Nissan-Waymo venture in Japan would be Monet Technologies, a self-driving project involving Toyota Motor Corp. and Honda Motor Co. backed by SoftBank Group Corp. SoftBank and Honda have also invested in General Motors Co.'s Cruise self-driving car unit.