The nation's dialysis industry has poured $233 million into California campaigns over the past four years, establishing its leading companies as a formidable political force eager to protect their bottom line and influence state policy. Most of the money the industry spent from Jan. 1, 2017, through Nov. 30, 2020, funded the defeat of two union-backed ballot measures that would have regulated dialysis clinics -- and eaten into their profits. But the companies and their trade association also stepped up their offense, dedicating about $16.4 million to lobbying and political contributions during the same period, a California Healthline analysis of state campaign finance records shows. Nearly every member of the legislature, Democratic Gov. Gavin Newsom and his predecessor, former Gov. Jerry Brown, the Democratic and Republican parties, and dozens of political campaigns -- including some local school board and city council races -- received a contribution from a dialysis company. "These are very large, very profitable companies," said Mark Stephens, founder of Prima Health Analytics, a health economics research and consulting firm. 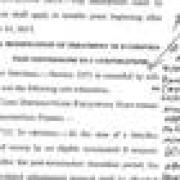 In 2016, Fresenius settled patients' lawsuits alleging dangerous practices at its clinics for $250 million without admitting guilt or negligence. DaVita agreed in October to pay $270 million to settle a federal accusation that it inflated claims to Medicare (it did not admit liability). In June, a federal jury in Denver awarded three patient families a total of $383.5 million on their assertions that DaVita clinics misused dialysis drugs (the company says it will appeal); two of the patients were treated in California. In 2015, the company paid a total of $895 million to settle whistle-blower allegations of fraud, including a lawsuit alleging that it was deliberately throwing out unused dialysis drugs in order to inflate claims to the government, and another that alleged it was paying hidden kickbacks to doctors in exchange for patient referrals to its clinics. In those cases the company did not admit to the accusations. 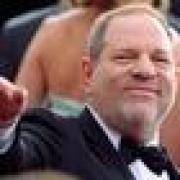 U.S. stocks took another small step backward on Wednesday after a plunge in the price of oil dragged down shares of energy producers. The losses overshadowed gains for technology companies and other areas of the market.

Salesforce Health Cloud's close relative, Health Cloud for Payers, has been pumped up with new tools for healthcare providers and payers to integrate patient insurance data and improve health plan member experience. Salesforce laid out a path for the near and long-term future for both Health Clouds that include AI enhancements and chatbots, links to other Salesforce Cloud systems with its new Customer 360 product and the ability to incorporate social determinants of health. Salesforce Health Cloud for Payers will see general release in October 2018 and February 2019 of new capabilities for complex care management, health plan membership, benefits and claims, insurance utilization management, quality measurement and member and provider services, the vendor said during its Dreamforce 18 conference here on Sept. 25. The CRM giant, which is this city's biggest tech employer and jams up downtown during its sprawling annual conference, first previewed Salesforce Health Cloud for Payers in early summer 2018. Josh Newman, M.D., chief medical officer and director of product management and health strategy, said in an interview here that MuleSoft, the software integration vendor Salesforce bought earlier this year, worked on building the two health systems upon the Service Cloud framework.