In November, Xinhua and Sogou unveiled the first AI news anchors of any gender, a pair of male AIs trained to deliver the news in either English or Chinese. The same day they unveiled Xin, Xinhua and Sogou announced that they'd given these AI anchors the ability to stand and talk simultaneously, and they'll show off that new ability while covering the Two Sessions alongside their female counterpart. When Xinhua debuted their first AI anchors in November, the news agency claimed that each anchor could "work 24 hours a day on its official website and various social media platforms, reducing news production costs and improving efficiency." Since then, the anchors have delivered 3,400 news reports while logging 10,000 minutes of screen time, according to Tencent News.

Watch this creepy AI anchor talk like a real person

China's state-run media Xinhua and Beijing-based search engine Sogou debuted two "AI composite anchors" -- one each for English and Chinese viewers -- at the World Internet Conference in Wuzhen Wednesday. The AI are "cloned" from real-life anchors, according to Xinhua's report, sporting the same faces and voices. The program extracts and combines the features of human anchors from videos of their reporting, using their speech, lip movements and facial expressions. But there's one difference: While human anchors work eight hours everyday, their AI clones can report news tirelessly 24/7. "AI anchors have officially become members of Xinhua's reporting team," the publication said in its report, adding, "Together with other anchors, they will bring you authoritative, timely and accurate news information in Chinese and English." 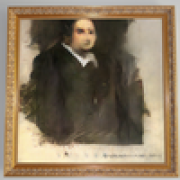 The robots are coming for your jobs, too. China's state news agency has debuted a virtual anchor designed to be able to deliver the news 24 hours a day. Xinhua unveiled its "artificial intelligence news anchor" this week at an internet conference in the eastern city of Wuzhen. "Hello, you are watching English news program. I am AI news anchor in Beijing," the computer-generated host announced in a robotic voice at that start of its English-language broadcast.