Amazon, Apple and Google all employ staff who listen to customer voice recordings from their smart speakers and voice assistant apps. News site Bloomberg highlighted the topic after speaking to Amazon staff who "reviewed" Alexa recordings. All three companies say voice recordings are occasionally reviewed to improve speech recognition. But the reaction to the Bloomberg article suggests many customers are unaware that humans may be listening. The news site said it had spoken to seven people who reviewed audio from Amazon Echo smart speakers and the Alexa service.

It's not you, it's them: Google, Alexa and Siri may answer even if you haven't called

One in every four adults in America now owns a voice-activated smart speaker. While we love the convenience of talking to a gadget to play music, make calls, and such, most of us get a little creeped out when they "wake up" when they're not supposed to. I often trigger Siri when saying "seriously," or "Suli" – the name of my parents' dog. My friend Bill Keeshan says his Alexa connected device "gets triggered by my daughter saying'actually.'" All too familiar anecdotes aside, researchers at Northeastern University and the Imperial College of London spent the last six months streaming 125 hours of popular Netflix TV shows to a handful of voice-activated smart speakers.

You Bought Smart Speakers Over the Holiday. Now What Are Amazon and Google Doing With Your Data?

I recently attended a holiday potluck hosted by a tech-junkie friend who had decked out his one-bedroom apartment with smart speakers, smart lights, and small, infrared motion sensors that looked disconcertingly like cameras. Towards the end of the party, after one of the guests disappeared into the back of the apartment, another decided to play a prank. "Hey Google, turn off bathroom lights," he said quietly into a nearby sensor. A few seconds later we heard an exaggerated shriek. "Hey Google, turn lights red," my friend joined in, grinning.

Alexa, are you alone? Amazon staff may be listening to your recordings - National 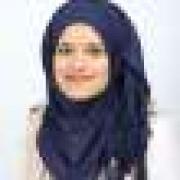 WATCH (May 24, 2018): Amazon's Alexa records family's conversation, sends it to random contact Amazon staff can listen to commands and questions users pose to the Alexa voice assistant -- and they sometimes do. The company acknowledged that the conversations aren't totally private in a statement to Global News after the news was first reported by Bloomberg. "We only annotate an extremely small number of interactions from a random set of customers in order to improve the customer experience," Amazon said in the statement. Amazon explained that the company uses samples collected to better train "speech recognition and natural language understanding systems." READ MORE: Alexa recorded one family's conversations and sent them to a friend, without them knowing Bloomberg reported Wednesday that Amazon has "thousands" of employees who are trying to improve Alexa's speech recognition technology.

After months of revelations that smart speakers get a very human intelligence boost from contractors who transcribe and review customer audio snippets, the mea culpas are flowing in. At the end of August, Apple issued a rare apology about how it had handled human review of audio for Siri. Amazon and Microsoft have made it easier for users to understand how their data might be used and control whether or not it is eligible for review at all. And now Google is joining the fray with a set of privacy announcements about Google Assistant. Google paused human audio review worldwide in July after reports that a contractor was leaking audio snippets in Dutch.