On Thursday, Mountain Equipment Co-op (MEC) -- a Vancouver-based adventure-retailer store -- said it will no longer sell any products owned by Vista Outdoor Inc., which also produces guns and ammunition in addition to other products. 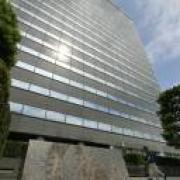 With various new camping options available, camping is regaining popularity in Japan after a mid-1990s boom led by the country's first baby boomers, who were born in the late 1940s. The new options include "glamping," or glamorous camping, which offers luxury tent stays without the need to bring any camping gear or food, as well as solo camping. Conventional family camping is also popular. An increasing number of businesses are starting to make and sell related products, expecting further growth in the camping market. According to an estimate by the Japan Auto Camping Federation, the number of people who made car-camping trips in 2017 rose for the fifth consecutive year to 8.4 million.

Holiday shoppers will have a chance to take advantage of hundreds of items that will be on sale on Amazon, including toys, pet, household and outdoor products, as well as gaming items and tech gadgets.

As the holiday gift-giving season approaches, retailers are bracing to meet the expectations of increasingly sophisticated online shoppers. Those consumers want their favorite retail sites to recognize them when they log in, know their shopping history, and offer up informed suggestions of products they'll want to buy and promotions they'll find attractive, even as their interests and tastes change over time.