A Richard Childress Racing Chevrolet campaigned by the late Dale Earnhardt sold Saturday for $220,000, including 10 percent buyer's premium, at the Barrett-Jackson Palm Beach Collector-Car Auction. It was driven by Earnhardt to one of his nine victories at Atlanta Motor Speedway. In 1990, Earnhardt won nine races and the fourth of his seven championships in what is now the Monster Energy NASCAR Cup Series. "This NASCAR Cup Car comes with supporting documentation from Crew Chief Kirk Shelmerdine, who personally inspected the car and found it to be 100% true as raced by Dale Earnhardt," the auction listing stated. The listing said that the car began life as a Chevrolet Monte Carlo Aerocoupe with Wrangler sponsorship, then was updated with a Lumina body for the 1990 season.

Dale Earnhardt Jr. has dropped out of the Sprint Cup race Sunday at New Hampshire Motor Speedway because of symptoms of a concussion. Earnhardt was evaluated in Charlotte, North Carolina, this week and doctors did not clear him to race. Hendrick Motorsports said Thursday it had no timetable for his return. NASCAR's most popular driver, Earnhardt was involved in a 22-car wreck in Daytona this month and also wrecked last month at Michigan International Speedway. He says he was feeling fine last week and thought the problem was allergies. 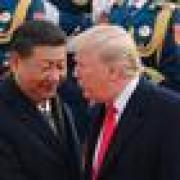 Dale Earnhardt Jr. got the best retirement gift he could have asked for when William Byron won the Xfinity Series championship for JR Motorsports on Saturday, one day before Earnhardt's final race as a full-time driver.

Dale Earnhardt Jr. might be racing in his last Daytona 500

It might be the last one Dale Earnhardt Jr. ever runs. NASCAR's most popular driver has made it clear, he will not beat his brains out -- literally -- in order to continue racing. "Of course I'm human and I'm going to be concerned," says Earnhardt, who sat out much of last season trying to overcome serious concussion issues. There's a reason Earnhardt said Wednesday at NASCAR's media day that he would love to win the championship this season and walk away while he's on top. Translation: He just wants to be able to walk away -- period -- and not stumble away like a punch-drunk boxer.

Retired Jeff Gordon may step in for Dale Earnhardt Jr.

Jeff Gordon is ready to pull his firesuit out of storage and come off the bench for one more shot at winning one of NASCAR's crown jewel races. Dale Earnhardt Jr. has been parked for this weekend's NASCAR race and more absences could be ahead. Gordon, the four-time NASCAR champion, could make his retirement a brief one and go for his sixth win at the Brickyard next weekend in Indianapolis if Earnhardt is not cleared to return from concussion symptoms. Earnhardt will sit out Sunday's race at New Hampshire Motor Speedway in Loudon, N.H., and there is no timetable on when he might return. Gordon thought he was done, leaving at the end of last season and one final championship run from one of NASCAR's all-time great careers: 93 wins, four series championships and more than 150 million in winnings.