Elizabeth Vargas, who battles alcohol addiction, has recalled a 13-hour blackout so severe that she's not sure of all the details. The ABC anchor became so inebriated one day in July 2012 that a good Samaritan had to pick her up and bring her home after finding her wandering around her neighborhood, she told People in this week's issue. By the time she got to her apartment, she had reportedly fallen unconscious and had to be taken to the emergency room, where she woke up completely unaware of how she got there. "It was terrifying once I started to hear the particulars," said Vargas, 54. "I will never know who that person was that saved my life. I spent a lot of time and energy after that trying to pry a memory out around that padlocked door, and I can't.

Ben Affleck is determined to get over his alcohol addiction. Affleck reportedly continues to undergo alcohol addiction treatment months after he finished his stint in rehab. On Wednesday, the "Justice League" star was spotted at an outpatient treatment center in Los Angeles. "Ben looked so happy," the source told Us Weekly. "He was in such a good mood and looked refreshed." 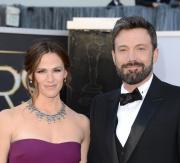 Ben Affleck's father got candid about his son's alcohol addiction and split from Jennifer Garner.

Marijuana Is Good For You? Cannabis May Help Kick Tobacco Addiction

Marijuana has proven to be a useful supplement for combating pain, but the plant could potentially also be resourceful for addiction management as well, according to a new study that found cannabis reduced tobacco use. The Canadian study, which was released Friday, found that marijuana was a growing replacement for a slew of harmful drugs, including opioids, as well as alcohol. The study surveyed 271 participants and asked 107 questions based on "demographics, patterns of use and cannabis substitution effect." In the findings, researchers found 12 percent of people were able to successfully stop using tobacco after using marijuana products. Twenty-five percent of people were able to substitute cannabis for alcohol.

Britain's Amir Khan will continue his comeback against Samuel Vargas in Birmingham on 8 September. The Bolton fighter did not fight for two years after a brutal defeat at the hands of Saul'Canelo' Alvarez in 2016. Khan, 31, returned to the ring in April with a 40-second knockout of Canada's Phil lo Greco in April. "One of my aims this year was to be as active as possible so I'm very happy to get back in the ring again so soon," said Khan. "Vargas is a tough and well-schooled fighter who has shared the ring with some top welterweights. "I have to get past Vargas before looking at the biggest challenges going forward.