Why Self-Learning Knowledge Bases are the Future of Customer Service

Information Is Now The Core Of Your Business 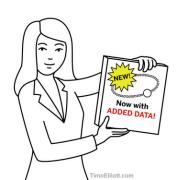 Data is at the very core of the business models of the future - and this means wrenching change for some organizations. We tend to think of our information systems as a foundation layer that support the "real" business of the organization - for example, by providing the information executives need to steer the business and make the right decisions. But information is rapidly becoming much more than that: it's turning into an essential component of the products and services we sell. In an age of social media transparency, products "speak for themselves"- if you have a great product, your customers will tell their friends. If you have a terrible product, they'll tell the world.

Creating Value for Business: 2 Data Science Questions You Must Ask from the Start

Business goals are no doubt important, but in an analytic project it makes sense to balance the organization's goals with those of the Data Science department. Most individuals will recognize balance as a principle of art, but the notion of creating a sense of equilibrium between the business and the Data Scientist is just as foundational in today's insight economy. To not cultivate this balance is to invite ruin into the organization. As a Data Scientist working in an organization, it is important to understand how the intended outputs of the Data Science project enable the achievement of the business objectives. Imagine a situation where a business has a set of defined goals, but the analytics team had a different target in mind or vice versa.

Artificial intelligence is findings its way into countless aspects of the Internet of Things, but not all organizations are seeing it the same way. An interesting new study categorizes the market into four segments and identifies some significant differences between the groups. The study comprised a global survey of 3,100 business executives by the MIT Sloan Management Review and Boston Consulting Group. The first two groups account for half of the respondents with the last two account for the other half. However, the differences between the first (pioneers) and the last (passives) are stark. 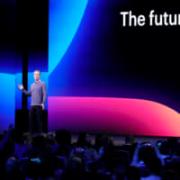 LONDON - Girls worldwide hope to become leaders, but they expect to face sexism and harassment when they get there, a global child rights organization said in a report released Tuesday. More than 9 in 10 girls and young women said female bosses can expect unwanted physical contact and unfair treatment, according to a survey of nearly 10,000 across 19 countries by Plan International. "For girls and women globally, being a leader means discrimination and harassment," said the organization's chief executive, Anne-Birgitte Albrectsen. "The findings show, if something isn't done urgently, generations of girls will continue missing out on their ambition to become leaders and to have an influence on the areas of society, work, politics, community and family life." Researchers surveyed girls between the ages of 15 and 24 in countries including the United States, Canada, Denmark, India, Japan, Peru, South Sudan and Uganda for the study, and carried out several hundred in-depth interviews.