Fans, Athletes, Volunteers Will Be up Early at Tokyo Games

The 1964 Tokyo Olympics were held in the fall and did not face heat problems. But modern Olympics can no longer be held in that timeframe, needing to avoid Europe's crowded soccer schedule, and year-round scheduling of the big four sports in the United States -- football, baseball, basketball and hockey.

The Tokyo 2020 Paralympics will feature more female athletes than any previous Games, the International Paralympic Committee has announced. In total, 4,400 athletes will compete in 537 medal events, with at least 1,756 slots available for women - a 17% increase on London 2012. Four sports - canoeing, shooting, table tennis and wheelchair fencing - have more medal events than at Rio 2016. But both athletics (168) and swimming (146) have fewer. "We wanted to increase the number of slots for female athletes and athletes with high support needs," said IPC president Sir Philip Craven. 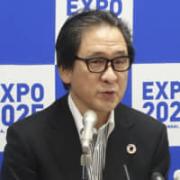 The Japan Sports Society began collecting signatures Thursday for a petition asking that former athletes who missed out on the 1980 Moscow Games due to Japan's Cold War-era boycott be included in some way in the 2020 Tokyo Olympics. The group will solicit support until Dec. 20 before submitting the signatures to the organizing committee for the Tokyo Games and the Japanese Olympic Committee. The petition was announced a day after the host nation marked one year until the games open. Proposals for the former athletes' involvement in the 2020 Games include running in the Olympic torch relay and featuring in the opening ceremony. According to the Japan Sports Society, 178 athletes were selected to compete in the 1980 Games before the JOC voted to join the U.S.-led boycott protesting the Soviet Union's invasion of Afghanistan. 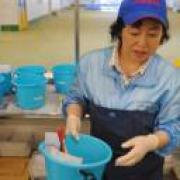 SOFIA – The morning before the closing ceremony of the 1964 Olympic Games in Tokyo, two young Bulgarian athletes waited nervously in the athletes village in Yoyogi Park. Expecting only to compete for their country, they had suddenly found themselves about to get married in the world's first wedding to be held inside an athletes village. "There have now been 17 marriages during the Olympics. All 16 others have ended in divorce," said Nikolai Prodanov, 78, bursting into laughter in his apartment in Sofia. "At least we haven't got divorced yet!"

The 2020 Olympics will have more mixed-gender events than ever

Female athletes will have the most opportunities to compete yet in the 2020 Olympic Games -- both with other female athletes and with male athletes. On Friday, the International Olympic Committee (IOC) approved a program for the Tokyo Games that features 18 mixed-gender events, double the amount from the Rio Olympics in 2016. Some of the mixed-gender events (where men and women will compete in mixed-gendered teams) will include swimming and track relays, a triathlon team relay, table tennis, judo, cycling, and fencing team events. Additionally, a number of other events have been shifted to women's or mixed, in an effort to promote more gender equality. The Tokyo Games program now boasts the "highest gender balance ever," with women making up a predicted 48.8 percent of all athletes, and the "most women's events ever," according to the IOC.