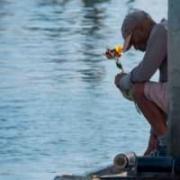 JERUSALEM – The Israeli military said Tuesday the militant group Hezbollah and Iran have built a precision-missile factory in neighboring Lebanon's Bekaa Valley. The army issued a statement saying that "in fear of strikes" by Israel, Hezbollah had moved key equipment from the site to "civilian locations in Beirut." It didn't specify when this happened. The military said the factory was of "superior importance" to Hezbollah. An official, speaking anonymously under military rules, said the factory is operational but missing major components.

The chief of Israel's armed forces has claimed that the death last year of a top Hezbollah commander in Syria was an assassination by the Iranian-backed Lebanese group itself. Hezbollah maintains that Mustafa Badreddine was killed near Damascus by artillery fire from rebel groups fighting Syrian President Bashar al-Assad. But a war monitoring group said no rebel shelling occurred in the area at that time . Israeli Lieutenant-General Gadi Eisenkot told an academic conference on Tuesday that Badreddine's death last May illustrated "the depth of the internal crisis of Hezbollah". He said Israel "believes that he was killed by his own officers".

AMMAN – Syrian army forces backed by Iranian-backed militias pushed deeper into the last rebel-held enclave near a strategic border area with Israel and Lebanon in a new expansion of Tehran's influence in the war-torn country.

Israel Launches Attack In Syria After Shooting Down Iranian Drone

Tensions escalated when the Israeli military shot down an Iranian drone who they suspect infiltrated Israel early Saturday before launching an attack on dozens of Iranian targets in Syria, Reuters reported.

BEIRUT – The Lebanese militant group Hezbollah is at the center of the recent crisis that has gripped Lebanon and rattled a region already rife with conflict. When Saudi-backed Prime Minister Saad Hariri declared his resignation in a surprise announcement from the Saudi capital, Riyadh, he blamed Hezbollah for imposing itself on the country and doing the bidding of its main backer, Iran, in Lebanon and elsewhere in the region. The one-time local Shiite guerrilla army that rallied Lebanon's Shiites and battled Israel -- even earning admiration from the region's Sunnis-- has turned into a powerful, well-armed group caught up in the Iran-Saudi rivalry that is shaping the Middle East. Saudi Arabia singled Hezbollah out, accusing it of declaring war on the kingdom, just as the U.S. ratcheted up its pressure on Iran and imposed new sanctions on Hezbollah, which it considers a terrorist group. Hezbollah was formed by the Iranian Revolutionary Guard in 1982 to fight Israel's invasion of Beirut.