Complacency is the silent killer of banking organizations, impacting the ability to compete and to respond to the changing needs of consumers. The best defense against complacency is to accept the undeniable truths of digital banking and move forward with a unified commitment to embrace change.

We must look beyond technology as a way to save money or increase convenience, better understanding what each consumer wants. It's that foundation that allows banks and credit unions to engage, integrate, and learn from every interaction. The mission of each financial institutions is to provide consumers a view into the future as opposed to just a report on what has already occurred. Working as a digital concierge, banks and credit unions must move beyond just personalization, offering consumers insights into financial planning and their financial health. Finan cial institutions also must leverage human resources as a channel for more complex transactions and deeper engagement when desired. 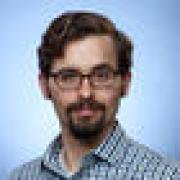 As it continues to deal with the fallout of its accounts scandal, Wells Fargo & Co. on Thursday laid out plans to close additional branches and offer more digital tools -- all part of a push to trim $2 billion in costs while trying to keep customers and attract new ones. Speaking to investment analysts at the bank's investor day conference in San Francisco, executives said they plan to close 450 branches by the end of 2018 -- 50 more than the bank had announced earlier this year -- with the potential for more in 2019. Many U.S. banks have been closing branches in recent years as fewer customers visit and conduct more banking online and on their mobile phones. Wells Fargo estimates its latest branch consolidations and other moves should result in $4 billion in annual cost cuts, twice as much as previously announced. The bank's expenses have climbed recently, driven in part by hiring more workers and increasing pay, as well as costs related to the accounts scandal.

Bank branches are closing and consumers increasingly do transactions using online and mobile banking, Unfortunately, digital banking options are not satisfying users, opening the door for fintech and big tech products and services that simplify the banking experience. Subscribe to The Financial Brand via email for FREE!A Wall Street Journal analysis found that 1,700 U.S. bank branches have been closed in the 12 months ending in June 2017, the biggest decline on record. With the continued fall in branch numbers through the second half of 2017, we are facing the longest stretch of closures since the Great Depression. In fact, banks began the current run of closures after the financial crisis and continued the trend in the name of efficiency and to compensate for higher regulatory costs. Because of this decline in branches, it would be easy to assume that there's been an overwhelming adoption of, and satisfaction with, banks' digital offerings.

The year 2017 is shaping up as one of rising interest rates. For some people, that will mean loans and credit cards will become costlier. But for some bank and credit union customers, there's also a benefit: the potential to earn more money. "If you're willing to shop around for a higher yield now" on checking and savings accounts, says financial planner Eric Hutchinson, "you get the immediate benefit of earning more money. You'll also be positioning yourself to take advantage of future rate hikes."