Elon Musk has been promising a wider rollout of Tesla's Full Self-Driving program for months. Now, just a couple days after his latest tweet on the matter, U.S. authorities are asking Tesla to slow its roll. The National Transportation Safety Board, a federal agency tasked with investigating all manner of vehicular accidents and vehicle safety, would like Tesla to hold off on its wider launch of FSD, citing safety concerns. The agency doesn't have the authority to make that an order, but its publicly shared recommendation still carries plenty of weight. "Basic safety issues have to be addressed before they're then expanding it to other city streets and other areas," NTSB head Jennifer Homendy said in a Wall Street Journal interview.

Tesla isn't about to get a sympathetic ear from US regulators as it rolls out more semi-autonomous technology. New National Transportation Safety Board head Jennifer Homendy told The Wall Street Journal in an interview that Tesla needs to tackle "basic safety issues" before it expands features like Autopilot and Full Self Driving to more parts of the road. She also wasn't thrilled with Tesla beta-testing upgrades on public streets. Like other critics, the NTSB leader took issue with Tesla's naming schemes for its driver assists. The Full Self Driving label is "misleading and irresponsible," Homendy said, leading some to "misuse and abuse" it.

Tesla may soon launch its latest FSD (full self-driving) Autopilot to a wide group of drivers, and US safety authorities aren't that happy about it. They have reason to be concerned, according to a new MIT study seen by TechCrunch. The researchers studied glance data and found that drivers become more inattentive when using Tesla's Autopilot system. "Visual behavior patterns change before and after [Autopilot] disengagement," according to the study. "Before disengagement, drivers looked less on road and focused more on non-driving related areas compared to after the transition to manual driving. The higher proportion of off-road glances before disengagement to manual driving were not compensated by longer glances ahead."

Washington, DC (CNN)Tesla CEO Elon Musk has said the company will roll out the latest beta version of its "full self-driving" software to 1,000 owners this weekend. Yet there aren't actually any self-driving cars for sale today, according to autonomous vehicle experts and the National Highway Traffic Safety Administration, which regulates cars. Tesla's "full self-driving" is more like an enhanced cruise control, they say. Videos posted on the internet by people who already have the feature unlocked show that it might stop for traffic lights and turn smoothly at intersections, but it also might veer toward pedestrians or confuse the moon for a traffic signal. Tesla says that a human driver needs to be watching and ready to take over at any moment, and the company is only allowing initial access to the system to the people it considers the safest drivers.

Tesla Has Begun Making All Its New Cars Self-Driving 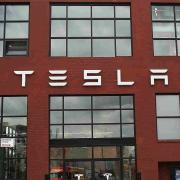 Tesla has begun equipping all its new cars with self-driving hardware. Elon Musk, Tesla's CEO, tweeted Wednesday night that the new Tesla drives itself with no human input, using has eight cameras, 12 ultrasonars, and radar. All this hardware is mounted so the technology is not visible to drivers. The company's current slate of cars being built now, the Model S sedan and the Model X SUV, have the hardware that will eventually make full autonomy possible. Cars previously built don't have the new hardware and -- this is the moment, in the article where early adopters groan -- Musk said in a tweet that retrofitting vehicles won't be possible.