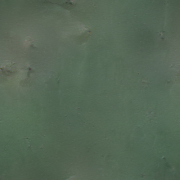 If you're a content creator, you're not just striving to do your best work. You want to make your best work better. At the SIGGRAPH conference, which runs July 31-Aug. From Siri to Smart Cars to Netflix recommendations, AI is infused in our daily lives. Now, thanks to the computational power of NVIDIA GPUs, new AI accelerated workflows are optimizing content creation, saving artists and studios time and money, and driving greater creativity.

One of the greatest perks of being this magazine's cartoon editor (a position that, as you can imagine, also comes with a throne, ermine robes, and a diadem) has been getting to spend some time, here and there, with the magnificent George Booth. Booth, at ninety-five, is a force of good nature, with a guffaw that you can't help but giggle along with, enough winkingly folksy advice to fill volumes, and a devotion to Scotch Tape as artistic material unparalleled by anyone, even Herr Scotch himself. To cast an eye on a Booth gag, even for the nearsighted, from a great distance, is to recognize instantly a wondrous, extremely particular world. Reviewing his more than five decades' worth of contributions to The New Yorker (I had some catching up to do after my birth) means running smack into old friends: buffoons and scoundrels and scolds and scamps, of white and blue collars; cats and dogs of voluminous number; and grunting prehistoric cretins. Encountering a Booth cartoon is, in fact, like sinking into a warm bubble bath--and, of course, he draws plenty of those, too, with big, bulbous, Boothian bubbles.

For decades, photo booths sat in shops and department stores - used by many to get passport photos done, or by groups of teenagers cramming into the tight space for a fun photo. Thousands still exist but the rise of the digital age means old-school analogue photo booths are few and far between. But new high-tech versions have become the latest "must have" for anyone organising a wedding, party or other event. They are digital, portable, print photos in seconds and cost around 500 to hire for a few hours. Some come with special themes like James Bond or Las Vegas and most come with props - think big glasses, hat and inflatable guitars.

Karen has an idea for a project: With Felix's help, she'll create a portable Raspberry Pi photo booth, useful for weddings and other events. This isn't just a hardware project, though -- it also needs Linux software to allow the system to save and upload files. Felix takes this as an opportunity to give everyone a crash course in how to run Linux on the Raspberry Pi. What Pi Cam projects have you made? And what would you have done differently here?

Woman revived after found with no pulse pinned at toll booth

HAMMOND, Ind. – A Michigan woman was resuscitated after she was found pinned between her SUV and an Indiana toll booth and a defibrillator registered no pulse. Trooper Alaa Hamed found the woman -- and with a toll attendant and a bystander holding her up -- moved the SUV to free her. The defibrillator Hamed carries in his car found no pulse, so Hamed began CPR until medics arrived. They used the defibrillator and it revived her. The 40-year-old-woman from Otsego, Michigan, was airlifted to a Chicago hospital with serious injuries.