WATCH: A couple spots a kangaroo lying dead by a road near Brisbane, Australia, and saves a live joey in her pouch. A baby kangaroo--or joey--was given another chance at life after being saved by a couple who spotted its injured mother on the side of the road. Video shot in late February by the couple in Brisbane, Australia, shows a joey being carefully removed from its mother's pouch. Matthew Drew and his wife Monique regularly watch for sick or injured wildlife. When they noticed this dead and injured mother lying on the side of the road, they promptly stopped their car to investigate.

"They're basically a fetus at that point," explains Andrea Dougall, an assistant zoological manager at the Oakland Zoo, whose team spent nearly a year hand-raising their own orphaned wallaroo joey (wallaroos are closely related to kangaroos). New joeys are essentially helpless, except for their strong forearms, which they use to claw their way up the side of their mother's body and into the safety of her pouch, where the second part of the process begins. They spend the next few months nestled in that pouch, fully dependent on their mother for food, warmth, and protection. A few months later, the joey starts to poke its head out of the pouch and look around, and at about six months old, they tumble out of the pouch for the first time. They spend the next several months popping in and out of their mother's pouch as they slowly become more independent.

Makaia, a Goodfellow's tree kangaroo from Australia's Adelaide Zoo, has joined the Singapore Zoo as its newest resident. Makaia first made headlines in Australia in 2014 when his mother suddenly passed away when he was only 7 weeks old. Zookeepers were amazed when a yellow-footed wallaby stepped in as the orphan's surrogate and they both got on like a house on fire. In the early days, Makaia would live in the wallaby's pouch until he grew too big and was taken in by a caretaker. According to Wildlife Reserves Singapore's Facebook page, Makaia has gone through the necessary health checks and seems to be in good spirits. 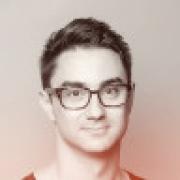 Here at Mother Jones, we get that Sundays are best spent relaxing, hanging out with friends and family, and avoiding the daily deluge of troubling news before a new work week begins. That's where this viral video of a baby tree kangaroo comes in. Taronga Zoo, in Sydney, Australia, this month released a video of a Goodfellows tree kangaroo joey taking its first few hops, before quickly retreating to mom's pouch. The zoo calls the male joey "the newest member of the Taronga family" but the little guy has yet to be named by zookeepers. The endangered species is related to Australia's beloved kangaroos, but is native to Papua New Guinea, and lives in trees.

Study Finds You Can't Believe Everything You See On Fitbit Or Other Wrist-Worn Heart Rate Trackers For the most fragile newborns -- those born as preemies or with a very low birthweight -- the simplest, most natural intervention in the world can have a profound impact on their survival and long-term health -- even 20 years later. The use of "kangaroo mother care" with a group of these infants led to greater brain volume in an area related to learning and memory, a more nurturing home environment and subsequently lower levels of behavioral problems that all persisted two decades on, found a new study. "At 20 years, the young ex-kangaroo mother care participants, especially in the poorest families, had less aggressive drive and were less impulsive and hyperactive," reported Nathalie Charpak, MD, of the Kangaroo Foundation in Bogota, Colombia, and her coauthors. "They exhibited less antisocial behavior, which might be associated with separation from the mother at birth. Kangaroo mother care may change the behavior of less well-educated mothers by increasing their sensitivity to the needs of their children, thus making them equivalent to mothers in more favorable environments."