Increasing Transparency at the National Security Commission on Artificial Intelligence

In 2018, Congress established the National Security Commission on Artificial Intelligence (NSCAI)--a temporary, independent body tasked with reviewing the national security implications of artificial intelligence (AI). But two years later, the commission's activities remain little known to the public. Critics have charged that the commission has conducted activities of interest to the public outside of the public eye, only acknowledging that meetings occurred after the fact and offering few details on evolving commission decision-making. As one commentator remarked, "Companies or members of the public interested in learning how the Commission is studying AI are left only with the knowledge that appointed people met to discuss these very topics, did so, and are not yet releasing any information about their recommendations." That perceived lack of transparency may soon change. 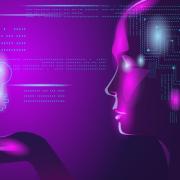 The National Security Commission on Artificial Intelligence called for the creation of two new talent initiatives that would help "fundamentally re-imagine" the way the federal government builds its digital workforce in Congressional testimony Tuesday. Members of the NSCAI, led by Eric Schmidt, former chief executive officer of Google, provided an interim review of the commission's work in testimony to a House Armed Services subcommittee Tuesday. In addition to urging lawmakers to legislate the U.S. Digital Service Academy and National Reserve Digital Corps workforce initiatives, NSCAI outlined provisions in five areas included in the 2021 National Defense Authorization Act the commission views as "crucial." But it was Rep. Elissa Slotkin, D-Mich., who brought the hearing down to earth. The former intelligence analyst and Defense Department official asked NSCAI commissioners a pointed question: How can DOD turn the commission's ambitious dreams into realities?

A Solid Plan to Compete with China in Artificial Intelligence 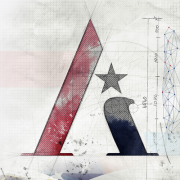 If the United States is to keep ahead of a rapidly gaining China in the field of artificial intelligence, it needs a concrete and comprehensive plan for action. Such a plan is presented in the final report, released today, of the National Security Commission on Artificial Intelligence, or NSCAI. Critically, this report is about more than AI. It is the opening salvo of a much-needed effort to create an overarching national strategy for technology, a whole-of-government effort to safeguard American technological leadership. Congress created the NSCAI three years ago to determine how the United States could develop AI and machine learning systems to address U.S. national security and defense needs.

Artificial intelligence and the future of national security

Artificial intelligence is a "world-altering" technology that represents "the most powerful tools in generations for expanding knowledge, increasing prosperity and enriching the human experience" and will be a source of enormous power for the companies and countries that harness them, according to the recently released Final Report of the National Security Commission on Artificial Intelligence. This is not hyperbole or a fantastical version of AI's potential impact. This is the assessment of a group of leading technologists and national security professionals charged with offering recommendations to Congress on how to ensure American leadership in AI for national security and defense. Concerningly, the group concluded that the U.S. is not currently prepared to defend American interests or compete in the era of AI. The NSCAI was chartered by Congress in August 2018 to review AI and related technologies and make recommendations to address U.S. national security and defense needs.

The federal government took several important steps that prioritized AI development and deployment and positioned the United States to strengthen its global AI leadership, beginning with President Trump's "Executive Order on Maintaining American Leadership in Artificial Intelligence," which set the tone for the rest of the year. February 11: President Trump issued Executive Order 13859, "Maintaining American Leadership in Artificial Intelligence," which launched the American AI Initiative, the official U.S. national AI strategy. The initiative includes five pillars: investing in AI research and development, making federal AI resources more available, setting standards for AI, training an AI workforce, and promoting a pro-innovation international environment. The executive order stresses the importance of "continued American leadership" in AI to "maintaining the economic and national security of the United States," as President Trump wrote in a press release accompanying the order. April 2: The Food and Drug Administration (FDA) released a proposed regulatory framework for AI-based software as a medical device, including as a tool for disease detection, diagnosis, targeted therapies, or personalized medicine.