An internet misanthrope launches a message board for amateur stock pickers, gets kicked off and then watches from afar as this rogue community brings Wall Street to its knees. That is the hot pitch that turned Jaime Rogozinski into the man every producer in Hollywood wanted to do business with. Earlier this week, the founder of Reddit's WallStreetBets sold the rights to his life story to RatPac Entertainment, a production company known for backing hits like "Wonder Woman." A movie version of Mr. Rogozinski's story will kick things off and then move on to podcasts and other mediums, RatPac producers say. In exchange for a payment in the low six figures, Mr. Rogozinski has given exclusive access to RatPac producers--including the company's head, Brett Ratner, a longtime Hollywood player who recently lost a major deal amid sexual-harassment accusations. 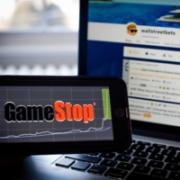 Oakland, California – Social media services including Facebook Inc. and Reddit restrict discussions about weapons, drugs and other illegal activity, but their rules do not specifically mention another lucrative regulated good: stocks. Some people think they should. Users of a Reddit group, in which 5 million members exchange investment ideas, generated significant profits by gorging on shares of GameStop Corp. and other out-of-favor companies that had been shorted by big hedge funds. Investors have used social media for years. Anonymous posts have fueled cryptocurrency pump and dump schemes, according to studies, but that obscure market generated less scrutiny.

WallStreetBets' founder on GameStop: 'I didn't think it would go this far'

Jaime Rogozinski always knew WallStreetBets, the Reddit forum he founded, was part of something big – but even he wasn't prepared for quite how big. This week WallStreetBets was at the center of a full-scale war between Wall Street and an army of small investors over GameStop, an ailing video games chainstore, that has shaken financial markets, angered billionaire bankers and made unlikely allies of political enemies. "I'm amazed how far it's gone," Rogozinski told the Guardian from his home in Mexico City. Conceived around the time that social media was propelling democratic movements worldwide, WallStreetBets has played an important, if now contentious, part in lowering barriers of entry to financial information. The frenzy has also taken on political overtones, as if the elective struggle of 2020 had simply transferred to competing ideologies about the distribution of wealth. To some, the activity signals the barbarians have reached the gates to the high citadels of finance; to others, it is a liberation from the control of entrenched masters in a corrupted system.

The first thing you spot on the home page of subreddit r/WallStreetBets is a banner featuring a cartoon character in a suit riding on a yacht, with a street sign reading "Wall St" sitting on top. While the Reddit community might not look serious, its collaborative investing strategy has captured the attention of Wall Street. The subreddit has played a key role in the shares of struggling video retailer GameStop surging by more than 1,000% at times this week. The Reddit revolt focused on a strategy called short selling, where hedge funds make money by betting that share prices will fall.These investors earn by identifying a stock expected to drop in value, then borrowing shares from another investor and immediately selling them. By the time they have to return the shares, they hope they're able to buy the stock at a lower price, to profitfrom the difference.