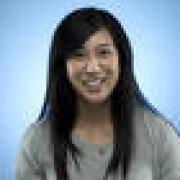 California State University's Board of Trustees, which recently approved a controversial tuition hike, grappled Tuesday with Gov. Jerry Brown's revised budget proposal, which takes away some additional funding on the grounds that the rise in tuition will cost the state more in aid to low-income students. Brown's proposal would reduce additional funding for the system by $4 million to help offset an anticipated increase in such state grants. The $4 million would be be redirected to maintaining current levels of state support for low-income students who choose to attend private colleges. "When the public universities raise tuition," Brown's May budget revision said, "there is less funding available for other financial aid programs." Brown initially had allocated about $157.2 million in additional funding to Cal State for the next fiscal year, which would have raised the system's total state support to about $3.6 billion.

Should Cal State increase its tuition by 5%? Board of Trustees will vote this week

California State University's Board of Trustees will vote this week on whether to increase tuition after a six-year freeze – a proposal that has sparked protests, lengthy debates and legislative calls to action. The vote will come at the end of a two-day meeting in downtown Long Beach. Students from across the system's 23 campuses have said they will gather outside to protest any decision that would make the nation's largest public university system harder to pay for. University of California regents approved a similar tuition hike in January. The proposed Cal State increase, which could amount to about $270 for the 2017-18 school year, was introduced as a last resort to help address Cal State's budget shortfall.