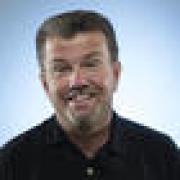 Three Southern California stadiums have submitted paperwork to stage World Cup games in 2026 should the united bid of the U.S., Mexico and Canada to host the tournament win approval from FIFA. The Coliseum, the new NFL stadium set at Hollywood Park and Pasadena's Rose Bowl, site of the 1994 World Cup final, are among the venues that have applied to the United Bid Committee, which will pare that to a shortlist of prospect host cities later this month. Forty other cities in 25 U.S. states and the District of Columbia, three Mexican states and five Canadian provinces also have expressed interest in staging World Cup games. Twenty to 25 cities will be included in the final bid submitted to FIFA. Other U.S. stadiums that have submitted bids include the new Mercedes-Benz Stadium in Atlanta, AT&T Stadium in Arlington, Texas, Legion Field in Birmingham, Ala., Chicago's Soldier Field, the Raiders' proposed stadium in Las Vegas, Levi's Stadium in Santa Clara and the University of Phoenix Stadium in Glendale, Ariz.

Veteran cable news host Greta Van Susteren is returning to television with a new Sunday public affairs program that will aim to be a must-stop for 2020 presidential candidates and their ad dollars. Station ownership group Gray Television will announce the new entry Monday at the National Assn. of Broadcasters annual gathering in Las Vegas. Van Susteren's program "Full Court Press" will air Sundays stating in September in the 91 markets where the Atlanta-based Gray owns television stations and on Weigel Broadcasting stations in Chicago and Milwaukee. Gray is also syndicating the program nationally, offering it to other stations in markets where it does not own an outlet. "Full Court Press" will cover national politics while using the resources of Gray's TV stations' news operations to provide local context to the issues covered.

Jordan Aaron was the president of a Carson City sushi restaurant who once ran for justice of the peace in Arizona. Antonio Pastini was the brash ex-Chicago cop who befriended a brothel mogul and spun yarns of a bare-knuckled youth in the Windy City that read like a cross between "Goodfellas" and "The Outsiders." They were one and the same person. He used two names and two Social Security numbers. He kept different driver's licenses and bank accounts under the two names, an ex-wife alleged.

Essential California: Where in the world is Mayor Garcetti?

It is Saturday, Sept. 30. Here's what you don't want to miss this weekend: Where in the world is Mayor Garcetti? One day after securing the 2028 Olympics for Los Angeles in Peru this month, Mayor Eric Garcetti greeted reporters on a noisy tarmac at Los Angeles International Airport. It was an appropriate setting for Garcetti, whose travels have taken him to Atlanta, Phoenix, Boston, Chicago, Las Vegas and Berlin, among other places, in the last year. As Garcetti flirts with the idea of running for president, he is also testing the public's willingness to tolerate his absences.

Airports in Atlanta, Boston, Chicago, Houston, Las Vegas, Miami, New York and Washington already use face scans for some departing international flights, but they don't involve all international travelers at the airports like the program's expansion in Orlando would. The image from the face scan is compared to a Department of Homeland Security biometric database that has images of people who should be on the flight, in order to verify the traveler's identity.