Private companies don't go out and build their own rockets. And billionaires don't fund their businesses by selling hats with their logo on them.

Investors might question Warren Buffett's long-standing aversion to tech stocks after his Berkshire Hathaway bought 9.8 million shares of Apple. Buffett has always avoided technology companies because he said it was too hard to pick which ones would prevail long term, although he made an exception to that rule to buy a major IBM stake in 2011. The stake comes with the company's shares under considerable pressure. Billions in value have been wiped from the books since Apple reported a sizeable drop in iPhone sales in last April. Shares, down 15 percent over the past month, jumped 3 percent Monday.

Warren Buffett's Berkshire Hathaway announced that it will be purchasing 700 million shares of Bank of America Corp. making the investment firm Bank of America's largest shareholder. Investor Warren Buffett gestures on stage during a conversation with CNBC's Becky Quick, at a national conference sponsored by the Purpose Built Communities group that Buffett supports, in Omaha, Neb. Mother Nature took a big bite out of the quarterly profits of billionaire Warren Buffett's sprawling conglomerate. Buffett's Berkshire Hathaway can blame hurricanes Harvey, Irma and Maria for a nearly 44% decline in third-quarter profits, dragged down by about $3 billion in pre-tax storm-related losses in its insurance underwriting businesses. Buffett's holdings in the insurance industry are sizable, ranging from auto insurer Geico as well as re-insurers General Re and Berkshire Hathaway Reinsurance Group. 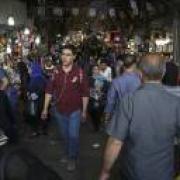 NEW YORK/SEATTLE – Even Warren Buffett can't escape the political and social debates that have spilled over into the corporate world. Tens of thousands of investors descended on Omaha, Nebraska, over the weekend to hear him speak about business and the economy at the annual meeting of Berkshire Hathaway Inc., the conglomerate he's been building for five decades. But many also wanted to hear the famous investors take stances on some of the most-divisive issues of the day. Shareholders asked the 87-year-old billionaire to weigh in on the Trump administration's trade policies, guns and gender equality. But he mostly skirted controversy, sticking with beliefs that may have surprised some attendees but ultimately won over many.