WASHINGTON--A U.S. plan to force the sale of TikTok's American operations to a group including Oracle Corp. and Walmart Inc. has been shelved indefinitely, people familiar with the situation said, as President Biden undertakes a broad review of his predecessor's efforts to address potential security risks from Chinese tech companies. The TikTok deal--which had been driven by then-President Donald Trump--has languished since last fall in the midst of successful legal challenges to the U.S. government's effort by TikTok's owner, China's ByteDance Ltd. Discussions have continued between representatives of ByteDance and U.S. national security officials, the people said. Those discussions have centered on data security and ways to prevent the information TikTok collects on American users from being accessed by the Chinese government, they said. But no imminent decision on how to resolve the issues surrounding TikTok is expected as the Biden administration determines its own response to the potential security risk posed by Chinese tech companies' collection of data.

This summer, President Donald Trump threatened to ban TikTok, the astronomically popular app mostly known for teenage nonsense videos, over "national security" concerns related to its Chinese ownership. It appeared that the only way TikTok could continue to delight its more than 100 million users in the United States would be to sell its operations here to an American company. On Saturday, Trump blessed a deal that will allow TikTok to remain in business in the U.S. The database corporation Oracle and Walmart will be "trusted technology partners" in a new TikTok Global, of which they'll own 20 percent, and other American investors will supposedly make TikTok's Chinese parent company, ByteDance, a minority owner going forward. This new entity will be based in the U.S., reportedly hire 25,000 more U.S. workers, and put Oracle in charge of securely hosting U.S. users' data to address concerns over cybersecurity. There's a lot we don't know.

Microsoft is officially not buying TikTok

Microsoft is officially out of the running to buy TikTok. The company issued a brief statement on Sunday confirming that ByteDance, TikTok's parent company, rejected its offer to buy TikTok's US operations. Meanwhile, ByteDance seems poised to announce a deal with Oracle, the only other known US company left in the bidding war. "We are confident our proposal would have been good for TikTok's users, while protecting national security interests. To do this, we would have made significant changes to ensure the service met the highest standards for security, privacy, online safety, and combatting disinformation, and we made these principles clear in our August statement. We look forward to seeing how the service evolves in these important areas."

Oracle is said to be the surprise buyer in TikTok deal, while Microsoft is out

And the winner of the TikTok bidding war is... Oracle? According to NBC News, Oracle and TikTok reached an agreement to buy TikTok's United States operations. Neither company has confirmed the deal (NBC cited "a source with direct knowledge"). What has been confirmed, however, is that Microsoft is officially out of the running. The company said Sunday night that TikTok parent ByteDance would not be selling TikTok to Microsoft. 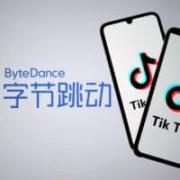 ByteDance Ltd. is increasingly likely to miss a Trump administration deadline for the sale of its TikTok U.S. operations, after new Chinese regulations complicated negotiations with bidders Microsoft Corp. and Oracle Corp., according to people familiar with the matter. ByteDance probably needs more time than is available before the U.S. executive order ban on Sept. 20 to nail down an agreement with either party because of the regulatory review, said the people, asking not to be identified because the matter is private. In preliminary talks with Chinese officials, ByteDance has been told any proposal must be submitted for approval with detailed information about technical and financial issues, and that the review will be substantial and take time, one of the people said. The officials haven't been willing to give specific guidance on what kind of deal would work, the person said. Donald Trump said Thursday in the U.S. there would be no extension of the deadline.