LOS ANGELES – As part of a flurry of investments announced Saturday by the company's theme-park division, Walt Disney Co. said it will build an immersive "Star Wars" hotel at its resort in Orlando, Florida. Disney revealed the two "Star Wars" themed lands it is building will be called "Star Wars: Galaxy's Edge," with the one at Disneyland in Anaheim, California, set to open first in 2019 and the Orlando one opening later that same year. Disney parks and resorts division Chairman Bob Chapek made the announcement Saturday at the company's D23 Expo, a biennial event for fans held at the Anaheim Convention Center, near the company's Disneyland and California Adventure parks. Theme parks are Disney's second-largest division after television. The company has been investing heavily in the business on the premise that park attractions can't easily be copied by competitors or made obsolete by new technology.

Tourists in China, take out your Mickey Mouse ears: The gates to Shanghai Disneyland have been flung open. Walt Disney Co. opened the sprawling 5.5 billion theme park Thursday in a bid to attract growing numbers of middle class Chinese and to capitalize on newfound openings for Western dollars in communist China. Disney calls its Shanghai project the "biggest magic kingdom park ever made." Spread across 963 acres, the park includes an Enchanted Storybook Castle, a Disney Town with restaurants, toy shops and hotels, plus six so-called theme lands, including pirate-riddled Treasure Cove and eternally youthful Peter Pan's Flight ride. Shanghai Disneyland is Disney's sixth theme park worldwide and the first in mainland China built with foreign investment.

From a "Guardians of the Galaxy" thrill ride to a "Tron" coaster, there are dozens of attractions planned to open at the Disney Parks in the coming years. Fans may be looking to save their next trip until the headliner attractions release, but for those wanting to visit Disney World in Orlando, Florida, or Disneyland in Anaheim, California, in 2018, there are still new adventures to anticipate at the U.S. theme parks.

Google Street View has unveiled 11 new maps that explore inside the famous theme parks. Google Maps has good news for obsessed Disney fans, and those who have never been, but have always wanted to. Google Street View, a feature in Google Maps that provides real-life panoramic views of different locations, has unveiled 11 new maps that lets users explore inside the famous theme parks. You can now visit beloved Disneyland and Disney World destinations like Epcot and Magic Kingdom without having to leave the house -- or buy a ticket. Users are even allowed to explore inside the exotic Blue Bayou, a high-end restaurant set inside the Pirates of the Caribbean ride. 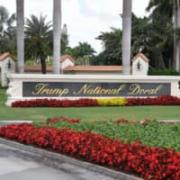 A hodge-podge of beloved characters and settings would hardly fit in the same sentence if not for the fact they're all coming to Disney parks or cruise ships within the next few years. Disney Parks chairman Bob Chapek announced the new attractions over the weekend at the company's D23 Expo in Anaheim, California. The first Mary Poppins attraction at a Disney park is headed to Epcot as part of the transformation of the Florida park. Appropriately, the Cherry Tree Lane neighborhood will be housed in the United Kingdom pavilion in World Showcase. Other changes are afoot in Epcot's World Showcase, the area around a lagoon that shows off pavilions from almost a dozen nations.