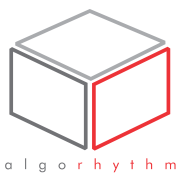 Order Promise - Generates Promise dates against the requested delivery date based on the current Order booking and based on the Plant Capacity. Evaluates technical feasibility of an Order and suggests the Impact of booking an Order on the other Orders.

The method, if put into practice, will drastically save time and costs to recover the metals. Exhaust-fume treatment systems employ honeycomb-structured tubes containing catalysts sprayed with particles of rare metals, such as platinum and palladium, in order to remove harmful substances from exhaust gases. About one gram of platinum is used in each system, according to the team. When recycling vehicles, catalysts are usually crushed into small fragments at special facilities and rare metals are separated from other substances. The new method makes it unnecessary to break the catalysts.

Jerusalem: Metal detectors at holy site 'could be removed'

Israel is willing to consider alternatives to controversial metal detectors it installed at a holy site in Jerusalem, a senior official says. Major General Yoav Mordechai called on the Muslim world to put forward other suggestions. Israel installed the detectors after two Israeli policemen were killed near there earlier this month. The measures angered the Palestinians, who accuse Israel of trying to take control over a sacred place. Tensions over the site, known to Muslims as Haram al-Sharif and to Jews as the Temple Mount, have surged in the past couple of days.

The deal, according to the companies, will provide Desktop Metal with up to $575 million in gross proceeds and create a combined company with a post-transaction equity worth up to $2.5 billion. Under the terms of the deal, Trine will contribute $300 million via the merger, adding to $275 million secured by Desktop Metal via a $10 per share PIPE from Miller Value Partners, XN, Baron Capital Group, Chamath Palihapitiya, JB Straubel, and HPS Investment Partners. Burlington, Massachusetts-based Desktop Metal is also touting the deal as part of an effort to consolidate the additive manufacturing industry, which is expected to be worth over $140 billion by 2030. Desktop Metal will list on the New York Stock Exchange under the ticker symbol "DM". "We are at a major inflection point in the adoption of additive manufacturing, and Desktop Metal is leading the way in this transformation," said Desktop Metal CEO Ric Fulop.