Bermuda Bends Back the Arc

Nine months ago, the Supreme Court of Bermuda struck down the British territory's prohibition on same-sex marriage, ordering the government to license these marriages on equal terms with opposite-sex unions. On Wednesday, the government overturned the court's ruling, imposing a new ban on same-sex marriage that relegates gay couples to watered-down "domestic partnerships." The swift abolition of marriage equality in Bermuda marks an unprecedented setback for LGBTQ rights, one that will have immediate international ramifications. It's also a timely reminder, for Americans especially, that there is nothing inherently permanent about civil liberties: The rights of minorities are only as strong as the institutions that protect them.

Israel must safeguard a Jewish majority even at the expense of human rights, the country's justice minister has said in a speech defending a bill that would legally define Israel as the "national home of the Jewish people" for the first time. 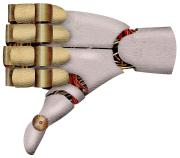 Elon Musk, the visionary entrepreneur, fired a warning shot across the bow of the nation's governors recently regarding the rise of artificial intelligence (AI) which he feels may be the greatest existential threat to human civilization, far eclipsing global warming or thermonuclear war. In that, he is joined by Stephen Hawking and other scientists who feel that the quest for singularity and AI self-awareness is dangerous. Singularity is the point at which artificial intelligence will meet and then exceed human capacity. The most optimistic estimates of scientists who think about the problem is that approximately 40 percent of jobs done by humans today will be lost to robots when the singularity point is reached and exceeded; others think the displacement will be much higher. Some believe that we will reach singularity by 2024; others believe it will happen by mid-century, but most informed observers believe it will happen.

If Machines Can Think, Do They Deserve Civil Rights?

Over the past century, we have made massive strides in the rights revolution. These include rights for women, children, the LGBT community, animals, and so much more. Exploring the future, we must ask ourselves: what next? Will we ever fight for the rights of artificial intelligence? If so, when will this AI rights revolution occur, and what will it look like? We talk about protecting ourselves from AI, but what about protecting AI from us? To create a desirable future where humans and conscious machines are at peace with one another, treating our AI with respect may be a crucial factor in preventing the apocalypse Elon Musk, Stephen Hawking and Bill Gates fear.

BANDA ACEH, INDONESIA – An Islamic Shariah court in Indonesia's conservative Aceh province has sentenced two gay men to public caning for the first time, further undermining the country's moderate image after a top Christian politician was imprisoned for blasphemy. The court, whose sentencing Wednesday coincided with International Day Against Homophobia and Transphobia, said the men, aged 20 and 23, would each receive 85 lashes for having sexual relations. One of the men wept as his sentence was read out and pleaded for leniency. The chief prosecutor, Gulmaini, who goes by one name, said they will be caned next week, before the holy Muslim month of Ramadan starts about May 25. The couple were arrested in late March after neighborhood vigilantes in the provincial capital, Banda Aceh, suspected them of being gay and broke into their rented room to catch them having sex.