"As it works, pharmaceutical companies negotiate with PBMs for greater market exposure for their products by offering steeper rebates in exchange for favorable formulary placement," Cubanski said. "The alternative is that PBMs place drugs on non-preferred tiers or don't cover medications on their formulary at all. So as plans consolidate, they might gain bargaining power with pharmaceutical companies since they control more market share. But at the same time, if formulary options diminish, patients may have fewer options for finding coverage of the drugs they take."

Cigna to Spend About $52 Billion for Express Scripts 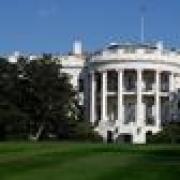 Health insurer Cigna will spend about $52 billion to acquire the pharmacy benefits manager Express Scripts, the latest in a string of proposed buyouts and tie-ups in a rapidly shifting landscape for the health services industry.

Loneliness epidemic sweeps the US

Half of America's population feels lonely, and young people in their late teens are the hardest hit, according to a landmark new survey of 20,000 people. The report, from health insurer Cigna and pollster Ipsos, revealed almost 50 percent of Americans always feel alone or left out. More than a quarter feel they have no one in their life that understands them, and 43 percent feel their relationships aren't meaningful. Contrary to popular belief, the study found under-22-year-olds feel far more isolated than the elderly, but social media use did not affect their feelings of isolation, as many are want to believe. The evaluation of loneliness was measured by a score of 43 or higher on the UCLA Loneliness Scale, a 20-item questionnaire developed to assess subjective feelings of loneliness, as well as social isolation.

Will Telehealth and mHealth Fulfill Their Potential in 2019?