The Internet Of Things Is Becoming More Difficult To Escape

It's already difficult to create distance from the technology that surrounds us, but as connectivity increases, it might become impossible to do so. But, according to a new report by the Pew Research Center and Elon University's Imagining the Internet Center, over the next few years, that will become much more difficult to do. The answers they gave were telling: 15 percent said significant numbers of people would disconnect while 85 percent said most people would just move more deeply into connected life. "Most adults will use IoT devices even though they involve risks because the benefits will vastly outweigh any potential risks.

The Internet Of Things Is Becoming More Difficult To Escape 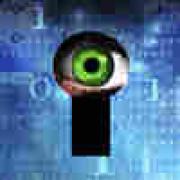 Chinese firm Hangzhou Xiongmai Technology is recalling webcams that were hijacked to stage a major cyber attack last week. The cyber siege took down a wide range of major websites including Twitter, Spotify and Reddit. The attack targeted internet service company Dyn, which controls the'address book' of the internet for dozens of major companies. Security experts believe that'Internet of Things' or IoT smart home devices were harnessed by hackers and use to bombard the websites with requests for information, overloading them and effectively shutting them down. DDoS attacks are a primitive form of hacking using botnets - networks of computers that hackers bring under their control.

In 2016, most companies began to get a sense of the tangible benefits the technology could provide them. This year was the year the IoT market -- along with IoT projects scaled -- often extending beyond the awareness of many workers. But what will 2018 hold for the technology? Next year, expect IoT technology to become both more common, but less obvious. The number of connected devices, as well as IoT-driven projects, will continue to expand, but the technology itself will begin to become something like electricity -- technology professionals rely on for their own operations and service offerings, but don't necessarily think about. Instead, expect buzzwords like "digital transformation" and "digitalization" that include IoT as a component to gain ground -- driven by vendors and analysts, along with industry-specific terminology such as "smart manufacturing" and "precision agriculture."

The Blockchain of Things: Why it is a major game changer for Internet of Things Forbes India Blog

There is no denying the immense potential of the Internet of Things (IoT) market. From smart homes and cities to smarter retailing, manufacturing, healthcare and logistics, IoT devices are creating smarter ecosystems resulting in improved efficiency and reduced costs. Research from Gartner forecasts that 8.4 billion connected things will be in use worldwide in 2017, up 31 percent from 2016. This figure is set to reach 20.4 billion by 2020. But the centralised model that currently supports the billions of smart devices connected to the Internet of Things devices fails to address several critical issues.