How to get started in quantum computing

To the untrained eye, a circuit built with IBM's online Quantum Experience tool looks like something out of an introductory computer-science course. Logic gates, the building blocks of computation, are arrayed on a digital canvas, transforming inputs into outputs. But this is a quantum circuit, and the gates modify not the usual binary 1 or 0 bits, but qubits, the fundamental unit of quantum computing. Unlike binary bits, qubits can exist as a'superposition' of both 1 and 0, resolving one way or the other only when measured. Quantum computing also exploits properties such as entanglement, in which changing the state of one qubit also changes the state of another, even at a distance. Those properties empower quantum computers to solve certain classes of problem more quickly than classical computers.

Microsoft's new coding language is made for quantum computers

When one of the first personal computers, the Altair 8800 came along in 1976, Microsoft was ready with a programming language, Altair BASIC. It wants to be equally prepared when quantum computers go mainstream, so it has unveiled a ne programming language and other tools for the futuristic tech at its Ignite conference. You'll still need to understand Qubits and other weird concepts, but by integrating traditional languages like C# and Python, Microsoft will make it easier to do mainstream computing on the complex machines. Quantum computing is famously difficult to grasp -- even IBM's "Beginner's Guide" is laughingly opaque. In discussing Microsoft's new initiatives, Bill Gates called the physics "hieroglyphics," and when asked if he could describe it in one sentence, Satya Nadella said "I don't think so.

Quantum computers are expected to reduce power consumption from 100 to 1000 times because they operate at very low temperature at which the processor would work as a superconductor (i.e. it can conduct electricity with virtually no resistance). On the other hand, quantum computers could accelerate machine learning processes, reducing thousands of years of learning to mere seconds. Quantum computers are based on quantum bits (Qubits) which have two possible values 0 or 1. They do not obey Newtonian laws but quantum laws allowing them to have the probability of being 0 and 1 at the same time. Then head to our article which explains what quantum computing is and how it works. Quantum programming languages are the foundations to interpret ideas into instructions to be carried out by a quantum computer. 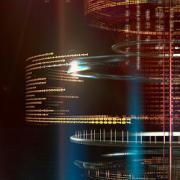