Japan will consider joining a U.S.-proposed project to build a new space station orbiting the moon, hoping such a move will boost the chances of sending Japanese astronauts to the lunar surface, government officials said Friday.

An experimental Japanese mission to clear'space junk' or rubbish from the Earth's orbit has ended in failure, officials said Monday, in an embarassment for Tokyo. Over 100 million pieces of garbage are thought to be whizzing around the planet, including cast-off equipment from old satellites and bits of rocket, which experts say could pose risks for future space exploration. Scientists at the Japan Aerospace Exploration Agency (JAXA) were trying to test an electrodynamic'tether' - created with the help of a fishing net company - to slow down the orbiting rubbish and bring it into a lower orbit. The hope was that the clutter -- built up after more than five decades of human space exploration -- would eventually enter the Earth's atmosphere and burn up harmlessly before it had a chance to crash into the planet. An artist's impression is pictured The vessel uses a so-called electrodynamic tether, which is made from thin wires of stainless steel and aluminium. 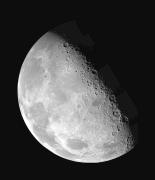 Dreams of colonizing the Moon that seem to have been forgotten may be revived. Rumors the European Space Agency and China's space agency might be looking to build a lunar base were confirmed by an ESA spokesman Wednesday, the Associated Press reported. The ESA's director general previously has described the possible "Moon Village" as a collective environment for exploration. The village would serve as a location for a community of international researchers looking to work together. He also proposed the village as a jumping off point or "springboard" for future deep space exploration.

China's burgeoning space program took reached a milestone Wednesday after two Chinese astronauts boarded the recently-launched space station, Tiangong-2. Excluded from international cooperation on the International Space Station (ISS), China's space agency has advanced through the stages of the space race rapidly, building a space program that some say could grow to rival that of the United States. Wednesday's feat comes just 13 years after China's first successful manned spaceflight. "China is building its own capability and their aim is clearly to become the world leader in space exploration," former NASA astronaut Leroy Chiao told NBC News. China's 9.5-ton Tiangong-2 space station launched in September, just days before the country's space agency announced that the station's predecessor, Tiangong-1, would crash through Earth's atmosphere in 2017.

WASHINGTON – President Donald Trump signed a bill into law Tuesday that updates NASA's mission to add exploration of Mars and authorizes $19.5 billion in spending for the U.S. space agency for the current budget year. It's the first time in seven years that there has been an authorization bill for the National Aeronautics and Space Administration, also known as NASA, said Sen. Ted Cruz, R-Texas, a chief sponsor of the bill. Cruz joined several astronauts and other lawmakers in the Oval Office to watch Trump sign the bill. Last week, Trump sent Congress a budget proposal that would authorize $19.1 billion in agency spending next year. "For almost six decades, NASA's work has inspired millions and millions of Americans to imagine distant worlds and a better future right here on Earth," Trump said.