Kylie Jenner And Travis Scott In Houston: They 'Didn't Attract Much Attention' 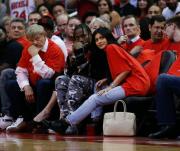 Parents-to-be Kylie Jenner and Travis Scott are enjoying a low-key trip in Houston, but they cannot truly escape public scrutiny since everybody is curious about the lip kit mogul's reported pregnancy. For the past few days, the couple were spotted in different parts of Houston. One eyewitness even saw them grab lunch at MOD Pizza on Tuesday. "Kylie and Travis came in right after the lunch rush. There were only about eight people total in the restaurant," the source told E! News.

Kris Jenner's youngest daughter, Kylie Jenner, made $420 million in just 18 months from her cosmetics line. While speaking with CNBC's Courtney Reagan on Tuesday (via People), the momager said that her 20-year-old daughter plans to expand her brand globally in the near future. "She's just scratched the surface and there is so much more to do with the brand. It makes for a wonderful opportunity to expand," she said. However, nothing has been finalized yet.

Following a cryptic Snapchat from the youngest member of the Kardashian clan, Kylie Jenner dropped hints that another pop-up shop was in the works. Followers and fans received a snap Monday from the reality star that read, "Are you guys ready for my next pop up…" after teasing with a follow-up message of "Can you guess where?" Hours later, Jenner revealed that the pop-up would be coming to New York City. The 19-year-old television personality and burgeoning businesswoman opened her first pop-up shop in Canoga Park, California this past December, just ahead of the holidays, according to Allure. Jenner has yet to reveal more information.

What Can You Buy At Kylie Jenner's Pop-Up Shop In Los Angeles?

The reality star's temporary set-up at the Topanga Westfield mall in Los Angeles is now open for fans and others who are curious to see what Jenner has to offer. It's not going to be easy to get in, though. Jenner shared a few photos and Snapchat updates during the day of the opening, and the place was packed. In one of her snaps, Jenner showed fans lining up and camping outside the mall the night before the shop opened. Jenner appeared in the store the afternoon it opened. 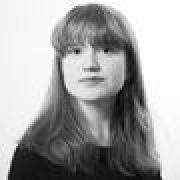 "We're literally just waiting in the cold for hours for makeup we can buy online," one girl explained to her friend. I had been waiting a little over an hour in light snowfall to enter Kylie Jenner's New York City pop-up shop, but I was nowhere near Lip Kit heaven -- the line wrapped around two blocks. A security guard told me that the most dedicated of Kylie's Kings showed up at 5 a.m. for the chance to buy some stuff with her face on it and maybe see her IRL. Some resilient fans came as early as Saturday, during what I will remind you is the dead of winter, to be at the front of the line. They were rewarded when Kylie herself dropped in the night before the shop's launch to take selfies advertising the space.