Drive.ai is a Silicon Valley startup working on a kit to retrofit your ride If Drive.ai is a success, your first self-driving car might already be parked in the driveway. The Silicon Valley start-up, founded recently by a team of former Stanford University Artificial Intelligence Lab products, is working on a software kit that can be used to retrofit existing vehicles. "We started Drive.ai because we believe there's a real opportunity to make our roads, our commutes, and our families safer," the company announced in a statement on its blog, citing a statistic that more than one million people die each year worldwide in automobile accidents caused by human error. At its foundation, Drive.ai is looking to use deep learning -- which its founders consider the most effective form of artificial intelligence ever developed -- to key a breakthrough in a field that giant companies such as Google and General Motors have been trying to master for years. "Unlike other forms of AI, which involve programming many sets of rules, a deep learning algorithm learns more like a human brain.

IDF16 Intel is working on a powerful Xeon Phi processor for servers and workstations that is "optimized" for artificial-intelligence software – and it's codenamed Knights Mill. Chipzilla's data center group boss Diane Bryant flashed up this slide during this morning's Intel Developer Forum keynote in San Francisco: The chip is geared towards deep-learning applications, and is expected to be available in 2017, we're told. It will use RAM stacked into the top of its die, feature many, many cores, and have a focus on high-performance floating-point calculations – all of which should help it perform the operations necessary for high-throughput machine learning. Crucially, the Mill is not an accelerator or coprocessor: it can run x86 code and can boot and run operating systems and apps without the need of a host CPU. This sets it apart from rival chips, like Nvidia's GPUs, which need a host processor to direct them. 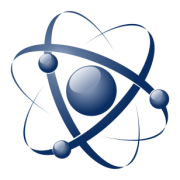 Sports analytics is routinely used to assign values to such things as shots taken or to compare player performance, but a new automated method based on deep learning techniques - developed by researchers at Disney Research, California Institute of Technology and STATS, a supplier of sports data - will provide coaches and teams with a quicker tool to help assess defensive athletic performance in any game situation. The innovative method analyzes detailed game data on player and ball positions to create models, or "ghosts," of how a typical player in a league or on another team would behave when an opponent is on the attack. It is then possible to visually compare what a team's players actually did during a defensive play versus what the ghost players would have done. "With the innovation of data-driven ghosting, we can now, for the first time, scalably quantify, analyze and compare detailed defensive behavior," said Peter Carr, research scientist at Disney Research. "Despite what skeptics might say, you can indeed measure defense."

A breakthrough year for artificial intelligence (AI) research has suddenly turned into a breakdown, as a new automated banking system that runs on AI has been caught embezzling money from customers. The surprising turn of events may set back by years efforts to incorporate AI into everyday technology. "This is the nightmare scenario," says Len Meha-Döhler, a computer scientist at the Massachusetts Institute of Technology in Cambridge who was not involved in the work. However, Rob Ott, a computer scientist at Stanford University in Palo Alto, California, who did work on the system--Deep Learning Interface for Accounting (DELIA)--notes that it simply held all of the missing money, some 40,120.16, in a "rainy day" account. "I don't think you can attribute malice," he says.

Autonomous cars use a variety of technologies like radar, lidar, odometry and computer vision to detect objects and people on the road, prompting it to adjust its trajectory accordingly. To tackle this problem, electrical engineers from University of California, San Diego used powerful machine learning techniques in a recent experiment that incorporated so-called deep learning algorithms in a pedestrian-detection system that performs in near real-time, using visual data only. The findings, which were presented at the International Conference on Computer Vision in Santiago, Chile, are an improvement over current methods of pedestrian detection, which uses something called cascade detection. This traditional form of classification architecture in computer vision takes a multi-stage approach that first breaks down an image into smaller image windows. These sub-images are then processed by whether they contain the presence of a pedestrian or not, using markers like shape and color.