In Arizona, Border Patrol doesn't include dozens of deaths in tally of migrants who perish 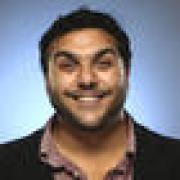 In December 2015, the U.S. government reported that the number of migrant deaths along the border with Mexico fell for the third straight fiscal year, dropping from 308 in 2104 to 240 in 2015. Officials attributed the decline to better surveillance of the desert and an improved ability to apprehend migrants stranded there. But some immigrant advocates questioned the meaning of the numbers, suggesting that they presented an incomplete and misleading picture. Now data from Arizona suggest that the advocates may have been right. Between 2004 and 2013, the number of deaths in Arizona reported each year by the U.S. Border Patrol was roughly on par with -- or greater than -- the number recorded by the medical examiner's office in Pima County, which collects the totals for all four counties along the state's southern border.

Trump Blames Democrats, Not His Team, for Border Deaths

Felipe and Agustin Gomez were apprehended by border agents Dec. 18 near the Paso del Norte bridge connecting El Paso to Juarez, Mexico, according to border officials. The two were detained at the bridge's processing center and then the Border Patrol station in El Paso, until being taken at about 1 a.m.

Mexican authorities say that five attackers have died in a clash with soldiers the northern border state of Tamaulipas, bringing the state's death toll in two days of presumed gang-related violence to 29.

Guatemalan Girl's Dad: She Was Healthy, Well-Hydrated Before Death at Border

The girl's mother, Claudia Maquin, told Reuters on Saturday in the family's home village of San Antonio de Cortez in central Guatemala that her spouse and daughter were among thousands of migrants seeking to escape "the extreme poverty that we live in." The couple have three remaining children. But Jakelin's grandfather said the 7-year-old and her father had an especially close bond.

Border wall bidder getting death threats, deemed traitor because he is Hispanic

The owner of a Texas construction company interested in the massive border wall project along the U.S.-Mexico border said he is receiving death threats and being called a traitor in part because he is of Mexican descent. "A lot of people are saying, 'You're Latino. How can you build a wall to keep other Latinos out?'" said Penna Group's CEO Michael Evangelista-Ysasaga to The Washington Post. The Fort-Worth businessman said it was not an easy decision to bid on the controversial project -- not least because 80 percent of his workforce is Latino. "We need to be a productive part of the solution, rather than sit on the sidelines," Evangelista-Ysasaga said when Penna's bid was first announced.