Corals are grown in underwater environments containing light and current flow and are evolved with a genetic-algorithm. Morphogens, signaling, memory and other biologically motivated capacities enable a multipurpose biomimetic form optimization engine. This work is part of a series of projects exploring emergent and generative forms. Corals are not plants but rather colonies of genetically identical organisms called polyps, which are attached to one another and act as a single entity. Polyps are genetically very similar to jellyfish.

A fleet of robotic jellyfish has been designed to monitor delicate ecosystems, including coral reefs. The underwater drones were invented by engineers at Florida Atlantic University and are driven by rings of hydraulic tentacles. The robots can squeeze through tight holes without causing damage. One expert praised the design but warned that the man-made jellyfish might be eaten by turtles. The flexible, 20cm-wide bots are modelled on the appearance of the moon jellyfish during its larval stage.

Jellyfish float through the ocean like drones of the sea. Their simple nature makes them a natural muse for robot engineers building devices that can squeeze through tight spaces, check the ocean's health, and eventually, explore the human body. This week, a team at Florida Atlantic University unveiled a new eight-inch wide robo-jellyfish built to monitor marine life and harsh underwater habitats. Researchers at Virginia Tech, for example, built a massive 170-pound mechanical one that swims with a parachute-like apparatus.

Just to let you know, if you buy something featured here, Mashable might earn an affiliate commission. Weren't you just saying you needed a jellyfish aquarium? Totally understood, which is why the Orbit20 Desktop Jellyfish Aquarium by Cubic is here for you. Even for those who aren't currently in the market for a jellyfish aquarium, you may soon be after seeing how cool this thing is. The tank features an LED lighting system that allows you to change the light color, set the tank to scroll or flash through various colors, or change the brightness from anywhere in the room via remote. 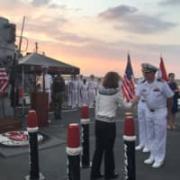 PORTLAND, MAINE – Seaside New England is known for rocky shores, seafood shacks, chance whale sightings and, in recent months, lots of gooey, tentacled blobs. The Gulf of Maine and some of its beaches, ever popular with tourists, have recorded a high number of sightings of a big jellyfish that has the ability to sting swimmers and occasionally does. The lion's mane jellyfish, the largest known variety, can grow to five or more feet across, with tentacles more than 100 feet long. Such giant jellyfish are uncommon, but beachgoers say larger than average ones have been exceptionally plentiful this year in the gulf, which touches Maine, two other states and two Canadian provinces. Becky Rice-Barnes of Mariaville and her husband, Jimmy, were out digging for claims at Maine's Lamoine Beach recently when they found a five-foot specimen washed ashore.