Bitcoin Mining Is More Popular -- And More Destructive -- Than Ever

I had been considering the cybersecurity impacts of cryptocurrency mining for several weeks when I saw the recent episode of HBO's Silicon Valley, where it served as a laugh-out-loud recurring gag. Throughout the episode, the character Gilfoyle -- a gruff, deadpan systems architect -- keeps unnerving his coworkers with a jarring blast of the two-second song "You Suffer" by British extreme metal band Napalm Death. "It's an alert," Gilfoyle explains. "Whenever the price of bitcoin dips below a certain value, it is no longer efficient to mine. When it comes back up, it is.

It's Time For Silicon Valley to Disrupt Its Toxic Asian Stereotypes 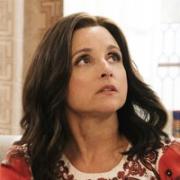 HBO's Silicon Valley is a world of seesaws. Swift, meteoric rises and abrupt, catastrophic falls govern the lives of the entire Pied Piper team. One day they're titans of the tech industry; the next, their ideas are rightly referred to as "toxic assets." And with millions in funding and an ever-moving finish line, that unpredictability leads to constant backstabbing and double-crossing. To make it in the Valley, you have to keep your friends NDA'ed and your enemies out of your incubator--otherwise, you're hosed.

People claiming wrongful imprisonment are finding it harder to overturn convictions because the burden of proof is too high, a former appeal court judge says. Former Lord Justice Sir Anthony Hooper said the challenge to establish innocence is tougher than ever before. The claim comes in a BBC Panorama programme which reveals fresh evidence in two notorious cases. The programme looked at the cases of two convicted murderers. Eddie Gilfoyle and Kevin Lane each served nearly 20 years in prison for crimes they insist they did not commit.

Last season on Silicon Valley, the Pied Piper crew had some of their ideas stolen by another company, Endframe, and the two startups spent much of Season 2 competing for business. Thanks to some nefarious hacking from Gilfoyle (Martin Starr), Pied Piper emerged victorious, but Endframe wasn't about to leave it in the boardroom and confronted Richard Hendricks (Thomas Middleditch) et al. after their meeting. However, since Pied Piper and Endframe are tech startups, and Silicon Valley creator Mike Judge is constantly skewering the macho posturing of tech startups, it goes down more like West Side Story than the comically brutal fight scenes in Anchorman. Check out the "fight," from the deleted scenes on the Silicon Valley Season 2 Blu-ray/DVD (out tomorrow), above.

I've often thought that HBO's Silicon Valley characters have a slight cartoonish feel; modeled on an amalgam of tech tropes sprinkled with in-jokes, political references, and hilarious one-liners. "You'd like to f**k my code," for example, delivered by a dead-eyed Gilfoyle. Yup, Richard Hendricks and co have joined the ranks of The Targaryens, Harry Potter and Darth Vader; basically nerd nirvana for the cast. Brought to you in a collaboration of HBO Global Licensing and Funko Pop!, the Pied Piper gang will be available from February, in time to create excitement for Season 4. The biggest problem will be choosing which one to buy; you might associate most with Richard (the stand-in awkward dude) but maybe you'd rather be remembered as an Erlich? Life is full of hard decisions.