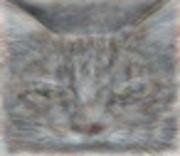 Often they involve more than one. In December, Microsoft-owned Skype unveiled a demo version of a real-time translation service. As one caller speaks English or Spanish, the program renders it in the other language, in both spoken and written form. The U of T computer science department website hosts a version of a tool that many industry players are racing to perfect: upload a picture, and it generates a written caption. At a CIFAR talk in March, Ruslan Salakhutdinov, now a U of T professor, showed that the model is eerily accurate -- but not always.

A decade ago, Chicago handed over control of its parking meters to a cadre of private investors. Officials pitched the deal as an innovative win-win.

"I firmly believe that Toronto is a prime candidate to host Amazon's second headquarters in North America.

Samsung is launching an AI Centre in Toronto

Artificial intelligence is becoming more prominent in our world with each day that passes, and today Samsung's furthering that initiative by opening up a new AI Centre in Toronto, Canada.

This copy is for your personal non-commercial use only. To order presentation-ready copies of Toronto Star content for distribution to colleagues, clients or customers, or inquire about permissions/licensing, please go to: www.TorontoStarReprints.com After 18 and a half years of work - running as many as 200 computers at a time - University of Alberta scientists have developed a program that can win or draw every single time it plays the ancient board game. "If you asked my wife she'd give you a different answer than me," says Schaeffer, 50. "But I guess there's a technical story here and a personal story here."