Want to get your pulse racing and your spine tingling? Maybe you need something spooky as an excuse to cuddle up closer to your crush? Or perhaps you want to test your mettle with some supremely creepy cinema? Whatever your reasons, Paramount has a thrilling library of movies perfect for a scary night in. Below, we've collected the highlights across a wide field of horror films.

Do you need to feel something in the mind-numbing hellscape that is this year? Well, look no further than the treasure trove of terror currently lurking on Hulu. In 2020, the streaming service has classics like Evil Dead 2 (1987), My Bloody Valentine (1981), and The Last House on the Left (1972) running alongside hidden gems like The Devil's Doorway (2018) and massive hits like A Quiet Place (2018). They've also got horror series, like American Horror Story, Castle Rock, and The Purge -- plus the killer short films debuted as part of Hulu's annual "Huluween" film festival. We've combed through Hulu's horror catalogue (assuming you have no premium add-ons, of course), and selected the 13 best horror movies available to get you started.

10 best classic movies on Hulu for when you're feeling nostalgic 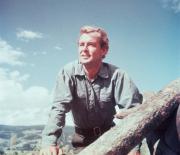 Sure, Hulu's got a great catalogue of current and recent TV hits, not to mention a pretty impressive originals lineup of its own. But sometimes, you're in the mood for something more classic -- a feature film that's stood the test of time, say. That's where we come in to help. We've scoured Hulu to find the best old movies from a range of genres, from action-packed Westerns to outrageous comedies, stirring sci-fi, and thrilling crime dramas. Below is our list of the 10 best classic movies on Hulu, listed in order of release.

HBO Max is here, and gives fans access to previously hard-to-stream Studio Ghibli hits, every Harry Potter movie, and a little sitcom known as Friends. It has also given many popular rom-com movies a new platform. We're here to highlight some of the biggest rom-coms across the decades. While a few of the films below can be accessed via HBO Go and HBO Now (explained here), you won't find them on Amazon Prime, Netflix, Hulu, or Disney . Here are 12 of the best rom-coms on HBO Max that you can stream now.

Amy Adams on 'Arrival' and abandoning her 'harsh critic'

Amy Adams has been nominated for an Oscar five times, four of them for her work as a supporting actress. In a tribute to Adams on Saturday night at the Telluride Film Festival in Colorado, before the first North American screening of Denis Villeneuve's science fiction thriller "Arrival," the actress explained why she has so often opted for distinctive, smaller parts. "I love being a supporting actress," Adams said, in a conversation that followed a showing of clips of her work in movies like "Junebug," "Doubt" and "The Fighter." "In my experience, the lead role has the burden of plot. I'm looking at, 'Will I get a chance to grow?' " But in "Arrival," which Paramount Pictures will release Nov. 11, Adams is decidedly the lead, as a linguist reluctantly drawn into a government attempt to communicate with aliens that have landed on Earth.