The Future Of Design: Human-Powered Or AI-Driven? -- Smashing Magazine 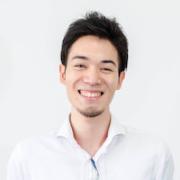 Keima Kai is a specialist in interaction design and product engineering from Japan. He is the co-founder and CPO at STUDIO. This article has been kindly supported by our dear friends at STUDIO, a web design app supercharged with AI for unparalleled design freedom. For years, reports have been warning of technology taking away jobs, particularly in fields like food preparation, truck driving, and warehouse operations. These jobs are often considered "blue-collar" and involve repetitive manual labor.

The AI-Generated Art Debate Is Here. And It's Very Messy.

The title of a now-deleted Reddit post read simply: "V2 of a Paul Chadeisson model I've been training". Just below sat three digital renderings of mountain-sized sci-fi cityscapes. Zooming in on them exposed finer details as the glitchy outputs of an artificial intelligence prompt-based image program, but they were nonetheless impressive. The renderings were stylistic replications of the work of Paul Chadeisson, a freelance conceptual artist who's worked on major film, video game, and streaming productions like Black Adam, Cyberpunk 2077, Love, Death & Robots, and the upcoming Dune: Part II. The user who created the now-deleted images had done so by training an AI model explicitly on Chadeisson's work.

OpenAI's DALL-E 2 is getting free competition. Behind it is an AI open-source movement and the startup Stability AI. Artificial intelligence that can generate images from text descriptions has been making rapid progress since early 2021. At that time, OpenAI showed impressive results with DALL-E 1 and CLIP. The open-source community used CLIP for numerous alternative projects throughout the year.

Future advances in AI that automate away human labor may have stark implications for labor markets and inequality. This paper proposes a framework to analyze the effects of specific types of AI systems on the labor market, based on how much labor demand they will create versus displace, while taking into account that productivity gains also make society wealthier and thereby contribute to additional labor demand. This analysis enables ethically-minded companies creating or deploying AI systems as well as researchers and policymakers to take into account the effects of their actions on labor markets and inequality, and therefore to steer progress in AI in a direction that advances shared prosperity and an inclusive economic future for all of humanity.

A Brief History of Generative AI. How did we get to where we are today in… 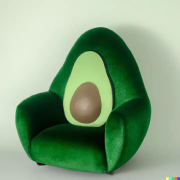 How did we get to where we are today in the field of generative AI? Generative AI will be the most disruptive technological innovation since the advent of the personal computer and the inception of the Internet with the potential to create 10s of millions of new jobs, permanently alter the way we work, fuel the creator economy, and displace or augment 100s of millions of workers in roles from computer programmers to computer graphics artists, photographers, video editors, digital marketers and yes, even journalists. Even with all the hype around generative AI this year, it's true power has not yet been seen or felt, in 2023 there will be significant innovations that will begin a revolution that will leave no industry or job function un-impacted in one way or another. Although Generative AI has been a focused area of AI research since 2014, it really took off in the latter half of 2022 when the technology was put into the hands of consumers with the release of several text-to-image model services like MidJourney, Dall-E 2, Imagen, and the open-source release of Stability AI's Stable Diffusion. This was quickly followed up by OpenAI's ChatGPT which mesmerized consumers with a version of GPT-3 re-trained on conversational dialog that seemingly had an answer for everything and delivered responses in a very human-like manner. At the same time VCs looking for the hot new technology to invest in caught the generative AI bug and both Stability AI and Jasper both became instant unicorns with Series A funding exceeding $100 million.