Google: Structured Data Not A Ranking Factor But May Be Worthwhile

Most of you reading this will say, yea, we know Google has said structured data is not a ranking factor. Yea, we covered that before. But John Mueller from Google said in a Reddit thread that while it is not a ranking factor it may be worthwhile adding, because of how it may enhance your snippets. John said, "Just to set expectations, structured data generally wouldn't be seen as a ranking factor -- it's just the search result that might be shown differently. Sometimes that difference is enough to make it worthwhile though:). Also, think about what it is that you want to achieve with it, don't just do it because it's possible."

As I read that sentence in the SEMrush Ultimate Guide for Content Marketers, I completely agreed with it. There is so much content available today. You can find an answer to nearly everything; some more logical than others.

Amazon SEO: How to Rank Highly for Amazon Searches 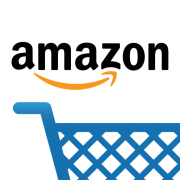 All too often, when we think of SEO, we only think of Google. And of course you want great rankings in the search engines. However, your website isn't the only place on the web where you may be selling your product. If you have a product page on Amazon, you want it to be found by customers just as you would want your site to show up on the first search engine results page (SERP) for your industry keywords. Failure to do Amazon SEO right, just like with regular SEO, will result in less traffic and fewer sales.

SEO and machine learning are critical for businesses and when it comes to alternative investments and credit cards are critical. More and more business decisions are coming from the technology that highlights product and visibility online. This is what happens in most of the fintech and any business. The bellow study highlight the importance of the controversial search rankings from special Google for the Credit Card Industry. Summary: Artios, a London-based SEO agency that uses machine learning to determine sector specific ranking factors, analysed the top 100 search results in Google.com

How Google Might Rank Image Search Results - SEO by the Sea

We are seeing more references to machine learning in how Google is ranking pages and other documents in search results. That seems to be a direction that will leave what we know as traditional, or old school signals that are referred to as ranking signals behind. It's still worth considering some of those older ranking signals because they may play a role in how things are ranked. As I was going through a new patent application from Google on ranking image search results, I decided that it was worth including what I used to look at when trying to rank images. Images can rank highly in image search, and they can also help pages that they appear upon rank higher in organic web results, because they can help make a page more relevant for the query terms that page may be optimized for.