As Trump calls for wall, a look at the world's barriers

As President Donald Trump marks 100 days in office, he is vowing to keep his campaign promise to build a wall along the border with Mexico. 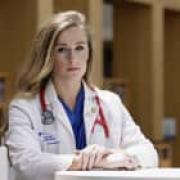 MADRID - Fifty-two African migrants forced their way into Spain's North African enclave of Melilla from Morocco Sunday by climbing over a towering border fence, Spanish authorities said. About 100 migrants tried to storm the barbed wire fence at dawn but Spanish and Moroccan security force prevented "around half" from entering Melilla, Spain interior ministry in Melilla said in a statement. One migrant was taken to a medical centre to treat cuts he suffered scaling the fence while four Spanish police officers sustained bruises, it added. Police arrested one of the migrants for assaulting an officer. Video images published by local newspaper El Faro de Ceuta showed sweaters and jackets stuck to the razor wire that tops the border fence, left behind by the migrants.

Hungary: Three villages and the fence that divides them

Kubekhaza, Hungary - A Roman ian brass band plays Ode to Joy under the shadow of a tall fence that runs along the Hungarian border at the point where it meets Serbia and Romania. Locals and officials from the three countries are gathered for the annual "border opening" ceremony. The villages of Kubekhaza in Hun gary, Beba Veche in Romania, and Rabe in Serbia have been separate entities since 1920, but residents seem eager to maintain ties with one another. Each year since 1997, a ceremony organised by the Danube-Kris-Mures-Tisa (DKMT) euroregion has been held at the point where the three countries meet. The borders are opened for two days at the end of May, allowing residents to reach relatives living across country lines.

A picture of a sub-Saharan migrant hiding inside a suitcase in Ceuta, the Spanish enclave in northern Africa, is putting the spotlight again on the extreme measures migrants take to reach Europe. The man, a 19-year-old from Gabon, was trying to cross the border of Ceuta with Morocco inside the luggage of a 22-year-old Moroccan woman. Police at the border crossing noticed the nervous behaviour of the woman and asked her to open the suitcase. The migrant was immediately treated by doctors after suffering a shortage of oxygen in the case while the woman has been arrested for attempting to smuggle an illegal migrant into Spanish soil. A similar episode also happened in Ceuta.

Border walls aren't unheard of, but today they are increasingly dividing friends, not enemies 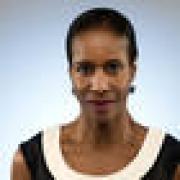 Critics of President Trump's orders to build a wall on the U.S.-Mexico border have called the plan immoral or question the normalcy of building a barrier against a longtime ally with which the U.S. is at peace. It turns out that Trump's move is not so unusual. Geographers and experts on borderlands say Trump's wall is part of a growing trend of nations fencing off their neighbors -- even those they call friends. Barriers for military defense are anomalies now, said Elisabeth Vallet, an adjunct professor of geography at the University of Quebec at Montreal and an expert on international border barriers. "Most of them are between countries at peace.