How to Master Facebook Ad Targeting & Zero-In on Your Audience

There's never been a better time to be familiar with Facebook Ad targeting. Facebook has hundreds of targeting and ad demographic options. To get the most out of your advertising dollars, you'll need to zero-in on your audience. In this article, we'll explore how to get the most out of that money spent on mastering Facebook Ad targeting and zeroing-in on your target. The "target" or "market" that you're going to advertise to is called, "audience" on Facebook.

Facebook Advertising can be of real value, particularly for companies and brands who sell directly to the consumer, with 2.23 billion monthly active users on the platform worldwide. The average person spends nearly two hours a day on Social Media, and so by targeting them through using a channel such as Facebook can prove to be extremely effective. But how can brands capitalise on the time spent on social media in order to boost sales? Delivering the right information to your audience at the right time can be key in how well a campaign performs. Think about when your target audience are online.

Within hours, Rather's post had been shared hundreds of thousands of times. By the next day, Rather told me, the post had reached an audience of some 20 million people. His Facebook page is listed under his name as part of his work with News and Guts, a production company he started in 2006.) "To find oneself speaking, metaphorically at least, to almost 20 million people--this last 24 hours has been the closest thing I have felt to the heyday of the CBS Evening News," he said. "Particularly given the startling reaction to this most recent post, which I will tell you staggers me--frankly, I feel like I've been transported to very deep outer space." 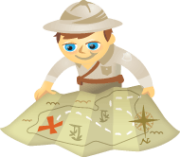 How to Use Facebook Audience Insights for Better Targeting

Are you struggling with Facebook ads targeting? Discovering what your perfect customers are interested in is one of the most crucial parts of Facebook advertising. Are you struggling with Facebook ads targeting? Unsure how to find relevant audiences to improve or scale your campaigns? In this article, I'll show you exactly how to use the Audience Insights tool to uncover hidden targeting opportunities, which can result in a staggering 64.83% decrease in your advertising costs.