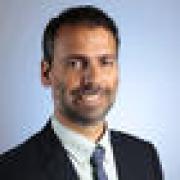 This article was originally published at 6:45 a.m.

Trump made a promise to save coal in 2016. He couldn't keep it 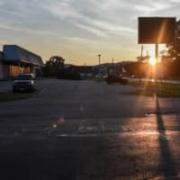 U.S. President Donald Trump spent more than $1 billion in taxpayer funds, rolled back environmental rules and tried to stop power plant closings to fulfilll a vow he made to West Virginia coal miners in the 2016 campaign. But nothing he's done is rescuing the coal industry. Since Trump's inauguration, U.S. coal production -- after a slight uptick in 2017 -- is expected to be down 31 percent this year from 2016 levels. By some estimates, more than five dozen coal-burning power plants have closed and although mining jobs remained steady before dropping this year, they didn't increase. "They've tried to do a lot but very little has been effective," said Seth Feaster, an analyst with the Institute for Energy Economics and Financial Analysis, an organization that focuses on transitioning to a diverse, sustainable and profitable energy economy.

This story originally appeared on Project Earth and is part of the Climate Desk collaboration. A controversial study of the electric grid, requested by Energy Secretary Rick Perry in April, is finally expected to be released this month. And to some experts, its exact purpose remains, well, questionable at best. In an April memo to energy department staff, Perry called for a study investigating whether certain federal energy policies, such as subsidies for renewables like wind and solar, were prematurely forcing coal, nuclear and other baseload power plants into retirement--and whether this is a problem for the grid's performance. These issues, he writes, are "central to protecting the long-term reliability of the electric grid."

Trump Can Scrub the Clean Power Plan, But the West Will Stay Green

This story originally appeared on High Country News and is part of the Climate Desk collaboration. The West likely will continue greening its electricity supply despite President Donald Trump's executive order today aimed at wiping out much of former President Barack Obama's consequential actions to rein in climate change. But progress will be slower and spottier than it would have been. The president ordered agencies to rewrite rules that were intended to slash greenhouse gas emissions from oil and gas drilling, lift a moratorium on leasing coal from federal lands, and stop considering impacts on climate change when making major government decisions. But perhaps most significantly, he ordered the Environmental Protection Agency to undo the Clean Power Plan, which was designed to slash greenhouse gas emissions from the electricity sector 32 percent below 2005 levels by 2030.

WASHINGTON (AP) — Declaring "the start of a new era" in energy production, President Donald Trump signed an executive order Tuesday that he said would revive the coal industry and create jobs.