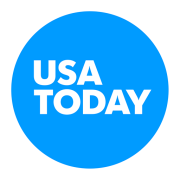 Tesla's sales model of selling cars directly to consumers would eventually lead to higher prices if the electric carmaker is allowed to move forward in Michigan, the chairman of the National Automobile Dealers Association said Wednesday. Tesla founder Elon Musk said Monday the electric car maker will announce a new product in an event on Oct. 17. Musk, who's also the company's chairman and CEO, didn't elaborate on his announcement, issued on Twitter, but said the product is "unexpected by most." Tesla couldn't immediately be reached for comment. Tesla previously announced plans to unveil on Oct. 28 a new solar roof that was jointly produced with SolarCity, the solar energy product developer that Tesla agreed to buy earlier this year for 2.6 billion.

Tesla is holding a 'product unveiling' on October 17th

This October is a busy month for Tesla. On top of a SolarCity-linked event on the 28th, the company's Elon Musk has revealed that there's a Tesla-specific "product unveiling" event slated for the 17th. It's not certain what will appear at the event (Musk says it's "unexpected by most"), but there are already ideas floating around. Suffice it to say that this probably won't involve pure energy products -- those are more likely to wait for the 28th.

What will Tesla release next? Elon Musk teases 'unexpected' product unveiling on October 17

An "unexpected" Tesla "product unveiling," announced by the company CEO Elon Musk earlier this month, has been unexpectedly moved to Wednesday, Musk has tweeted. Musk, who sometimes elaborates on his tweets further in the tweet replies, stayed silent this time, though he did later retweet the company's announcement that Panasonic and Tesla are planning to collaborate on photovoltaic cell and module production in Buffalo, New York. This particular product launch has been shrouded in mystery from the get go. Musk never gave any indication of what we might expect, and guesswork from Tesla fans and the media included a lot of things, from a new Tesla model, to more Model 3 news, to a crazy new robotic charger. While you might chalk up Oct. 19 as the next Tesla day, let us remind you that the company, together with SolarCity, already has an event scheduled for Oct. 28.

When Tesla announced its acquisition plans for SolarCity in August, Elon Musk's strategy for the two companies included providing solar roofs to customers that integrate with Tesla's Powerwall home batteries. These would ultimately power not only the user's home, but also her electric car. In a tweet on Thursday, Musk said Tesla was planning to launch the product in October. While the date is not set in stone -- Musk says the company is "aiming for" an Oct. 28 unveiling -- the fact he's throwing dates around means nearly everything's in position for the launch. SEE ALSO: Elon Musk unveils new safety upgrades to Tesla's Autopilot system Aiming for Oct 28 unveil in SF Bay Area of new Tesla/SolarCity solar roof with integrated Powerwall 2.0 battery and Tesla charger.