Robert Downey Jr. pledges to use robotics and AI to clean the Earth

Hollywood legend Robert Downey Jr. is putting down his Iron Man suit and taking up the bigger challenge of cleaning up the Earth. Iron Man's on-screen nemesis Thanos had a radical way of reducing humanity's impact on the Earth, but Downey Jr. hopes to use a more humane solution. Appearing on-stage at Amazon's new re:MARS (Machine Learning, Automation, Robotics and Space) conference in Las Vegas, Downey Jr. launched an initiative called Footprint Coalition. "I don't pretend to understand the complexities we face as a species, just because I portrayed a genius in my professional life. My scholastic achievement peaked at a correctional finishing," Downey Jr. joked, in reference to being incarcerated on drug charges and never making it past high school.

YouTube is diving into the world of artificial intelligence with its new series pickup. The streamer has given an eight-episode order to an untitled docuseries from Team Downey that will explore the impact of A.I. and how it is transforming the way people live and work, both now and in the future. The hour-long series will feature interviews with people in the fields of science, philosophy, technology, engineering, medicine, futurism, entertainment and the arts. Downey will executive produce the project alongside Team Downey's Susan Downey and Emily Ford. Evan Moore will oversee the project for Team Downey. 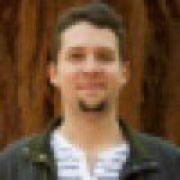 Gwyneth Paltrow and Robert Downey Jr. are reuniting in "Avengers: Infinity War." Paltrow and Downey Jr. have worked together in the three "Iron Man" movies and they will be taking their tandem to "Avengers 4." On Tuesday, the "Sherlock Holmes" star surprised Marvel fans when he shared a photo of him with Paltrow on the set of "Avengers: Infinity War" on Instagram. Fans were ecstatic upon seeing the duo. One user named mandypersonaltrainer wrote, "So glad Pepper is back!" Daily Mail also shared a number of photos of Paltrow with Downey Jr. where both were holding papers that appeared to be scripts. Another shot featured the duo with Mark Ruffalo, who plays as Hulk in the hit franchise.

YouTube announced its order for eight episodes of a documentary series for YouTube Red in 2019 on artificial intelligence that will be executive produced by Team Downey partners Robert Downey Jr. and Susan Downey, Network Entertainment's Derik Murray and Paul Gertz, and Sonar Entertainment's Jenna Santoianni and Tom Lesinski. The series will showcase some of the brightest minds in science, philosophy, technology, engineering, medicine, futurism, entertainment and the arts to tell the dynamic story of A.I. The logline: Robert Downey Jr. will bring his genuine enthusiasm and curiosity for the subject to the screen, hosting and narrating the series and uncovering insights from researchers and leading experts who will share their unique perspectives. The series will explore the impact of A.I. and how it is transforming the way we live and work -- both now and in the future. The Untitled A.I. Series will be executive produced by Robert Downey Jr. and Susan Downey, through their production company, Team Downey, with Team Downey's Emily Ford also serving as executive producer, and Evan Moore overseeing the project.